How to invest in emerging industries 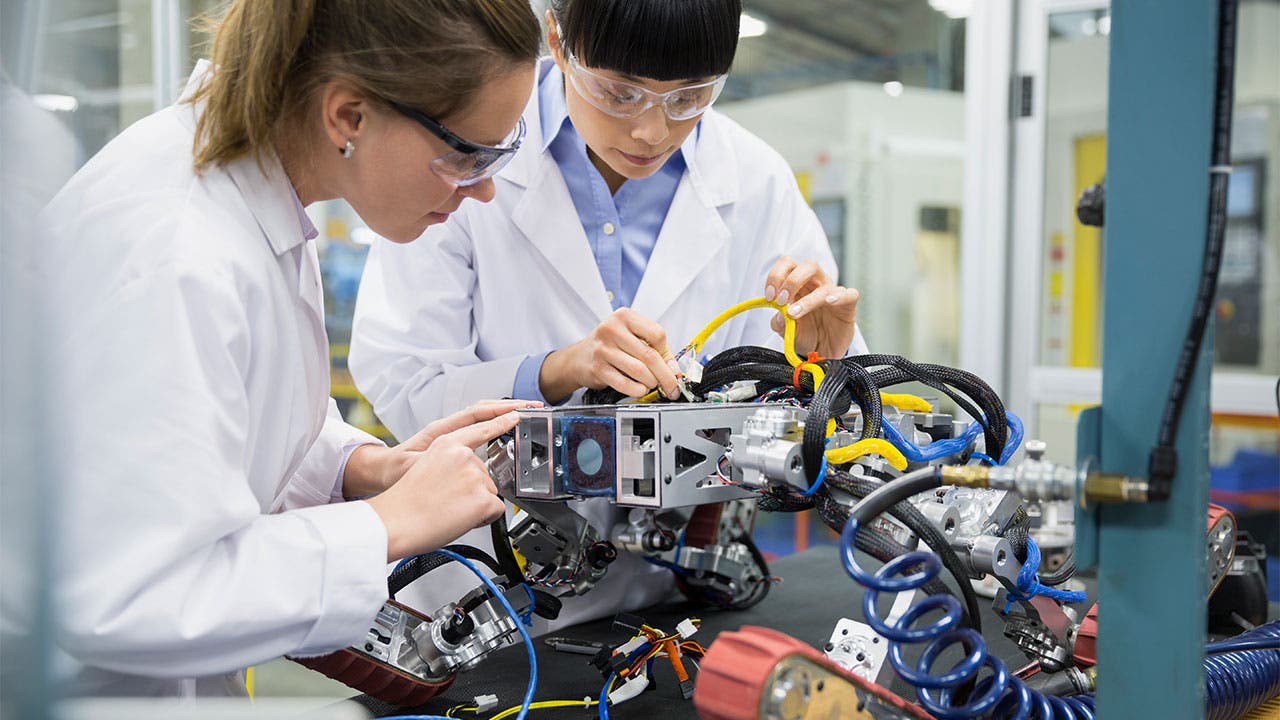 Investing in an emerging industry can be one of the most lucrative ways to invest. But it can also be one of the most dangerous. Many fortunes were made during the dotcom boom, when seemingly any company with “dotcom” after its name could go public and raise big money. Unsurprisingly, this boom of excess was followed by an epic bust, and even more fortunes were lost as a result.

Today, a number of other emerging industries – Big Data, cryptocurrency, digital payments and many others – have captured the public’s imagination. While none may be quite so revolutionary as the internet, they have the potential to generate massive wealth. But investors need to be careful to separate the hype from the legitimate potential of any new industry.

Here’s what you should know about investing in emerging industries and what to avoid.

Investors in emerging industries should have a clear understanding of the hype cycle and how it works before they venture too far into investing.

The hype cycle describes how an emerging industry becomes a part of the culture:

The hype cycle plays out over and over again in emerging industries, and it’s a reliable model for thinking about how hype powers stock prices.

There are typically three good times to invest:

If you’re interested in long-term investing – not just short-term trading – you’ll want to consider carefully where the cycle is when you decide to invest. Avoid getting caught up in the hype.

2. Take a long-term view of the industry

As you’re considering investing in the emerging industry, you’ll want to assess how these businesses will do over time, not just how their stocks are doing over the next few months. That’s a hugely important distinction between the stock and the company itself. While the stock might be soaring now, over time it’s the success of the business that will propel the stock higher.

That’s why it’s so important to evaluate the industry:

For example, those investing in the ride-sharing industry must evaluate whether the industry can ever make money. Many investors think the industry is fatally flawed and that companies such as Lyft and Uber will continue to hemorrhage cash with no potential to ever turn a profit.

And even when an industry will be successful, it may take a decade or more for that success to become apparent. Massive, undeniable successes such as Amazon took over a decade to play out, and even today there’s still room for investors to make money on it.

As an industry heats up, it captures investors’ imaginations and garners massive media attention, and it’s easy to be caught up in the frenzy. Remember 2017’s mania for cryptocurrency? But if an industry is here to stay, you don’t have to be the first in line to make a ton of money. In fact, it may be much easier to make a lot of money if you sit back and take a calmer approach.

A classic example is the internet boom and bust of the late 1990s. Even then it was clear that the internet was here to stay, but the nosebleed valuations on stocks kept many smart investors away from internet stocks. Fast forward a few years, and the worst companies had gone out of business, while the survivors had a less-crowded field and were much, much cheaper.

In 2001 and 2002, you could have purchased Amazon for much less than it had been in 1999, when it peaked over $100 per share. After the smoke had cleared from the dotcom mess, Amazon could be bought for 90 percent off (or more).

You don’t have to be first into an emerging industry to be successful, though everyone – the media, friends and family – will make you think so. If there’s one thing the hype cycle shows us, it’s that there’s usually an excellent second or even third chance to get into the industry.

While it may feel like fun to treat investing like it’s gambling, this approach is one of the surest ways to lose money. Investing is work, and it requires that you have some knowledge of what you’re investing in, especially if that’s individual stocks – thought by many to be one of the riskiest ways to invest.

When you do research, you’ll want to consider how the industry will make money and a host of other questions:

These are only a few of the questions you’ll need to answer before you begin investing in an emerging industry. You’ll need this knowledge to make smart investment decisions, to avoid the hype and to prevent being duped by companies that are poorly positioned.

5. Buy an industry ETF or a basket of individual stocks

If you like an industry but you can’t pick the company that’s likely to be the winner, one popular strategy is to buy an ETF comprised of stocks in that industry. The fund can get you exposure to the most important companies in the sector and adds some diversification, too, limiting your risk so you’re not too exposed to just one or two companies.

However, if the industry is truly in its infancy, an ETF might not exist yet. In that case, it could make sense to build your own industry basket of stocks.

If you don’t know five companies in the industry, you probably haven’t done enough research. So you should continue to analyze the industry before you make an investment decision.

When investing in an emerging industry, the future is often very unclear. Sometimes it’s not even clear whether the industry will be able to make money. This is not the time to plunge in heroically, taking a lot of risk in the mistaken belief that only huge risk leads to huge success. On the contrary, the world’s best investors try to minimize risk as much as possible.

That’s why you want to keep your investments in speculative companies small. If the investment works out, it won’t matter that you only took a small position. And if it doesn’t, it won’t ruin you.

7. Find a larger company that can succeed

Many investors try to find a small company doing “the next big thing,” hoping to get in on the ground floor (or close enough) that the company has room to move much higher. It’s not a bad strategy, but there’s another less obvious one that could have a higher chance of success: find a large established company that’s investing in the industry.

While small firms are seen as hotbeds of innovation, large companies have the financial resources to fund the huge investments that are often needed. Plus, they may be able to more easily attract the managerial and operational talent to make the project a success. Those are two keys to success in any business, but maybe most so for emerging companies.

For example, one of the best-positioned companies in autonomous driving is not an independent startup, it’s Alphabet, the company behind Google. Alphabet’s self-driving venture is called Waymo, and it’s through the larger company’s deep pockets and culture of innovation that it’s been able to attract the people to make Waymo a success.

So even though Alphabet is already huge, Waymo could still make the company – and you – much richer if it’s successful. You don’t always have to take a gamble on an unproven player.

If you’re looking to buy into an emerging industry, you’ll have plenty of time to do so and still make a lot of money. The first step is to analyze the industry to see how it could develop.

As you buy stock in companies, you should consider buying small amounts regularly, because the stocks in the industry will tend to be volatile with lots of ups and downs. By averaging your buying prices over time, you’ll be more likely to avoid overpaying. You’ll also want to minimize your trading costs, and a commission-free online broker such as Robinhood is a great way to do that.