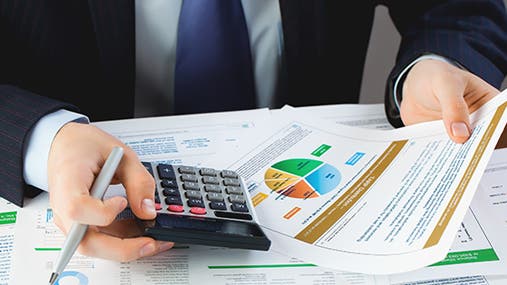 Investors are scrambling to shield portfolios from rising interest rate threats. So, floating-rate securities are coveted for their protection.

Unlike fixed-rate bonds or notes, floating-rate securities, also known as “floaters,” are investments with interest payments that float or adjust periodically based upon a predetermined benchmark while also offering a small fixed-rate spread. Investors reap higher yields as interest rate benchmarks such as the London Interbank Offered Rate, or Libor, head upward.

Corporations and government-sponsored enterprises like Fannie Mae and Freddie Mac issue floating-rate securities. However, they come with often-ignored risks.

Floaters typically become popular near the end of low interest rate cycles, says Pete Crane, president of Crane Data LLC in Westboro, Mass. “And we’re more than halfway through this one,” he says. The Federal Reserve began its program of quantitative easing in 2008 and recently began to curtail its bond-buying program.

Even the U.S. Treasury Department held the first floating-rate note auction in late January 2014. It was the Treasury’s first new offering since Treasury inflation-protected securities, or TIPS, were launched more than 15 years ago. Media reports indicated that demand for the notes was robust.

The second flavor is floating-rate bank loans, usually packaged as mutual funds, exchange-traded funds and closed-end funds. These securities are bank loans to highly leveraged companies with low credit quality. Investors are plunking record amounts of money into loan funds to snatch up these high-yield investments, according to Morningstar. Mutual fund assets alone rose by $61.3 billion at year-end 2013, versus just $11.15 billion in 2012 .

Both types of floaters have been heating up, says Michael Ashton, a managing principal at Enduring Investments LLC in Morristown, N.J. The main reason is more secure investments like TIPS are becoming expensive.

However, floaters are less safe than they appear, and there are several factors to weigh before buying them, Ashton says.

Along with brokers, some corporations sell their floater notes directly to investors, and minimum investments are as low as $500 or $1,000. These are highly liquid, and corporations usually don’t charge management fees for investors holding them. But yields are nearly as low as some bank CDs. For example, Ford floating-rate notes offer only a 1 percent rate for investors who plunk down less than $15,000. And Caterpillar’s notes offer only 0.8 percent for those who invest less than $5,000.

Adding to risk, your money is locked into one corporation’s debt. If it goes bankrupt, your assets could be tied up for months in bankruptcy court. For individuals who want to take on the higher risk of individual notes, Cummings again recommends only investing in blue chip companies with high credit ratings.

“If you want to take risks, stick with equities,” Cummings says. “With floater notes, stick with high-quality issues and only allocate short-term money.”

Crane advises staying away from individual floater notes. They can be complex and there are lots of details that can affect yield such as the wide variety of resets that adjust yield upward. “Go for pooled, diversified investments,” he says. “Big dividend-paying stocks are also a simpler option.”

Cummings says that exchange-traded funds are attractive since they have diverse holdings and lower management fees than mutual funds. Currently, there are three floating-rate note ETFs, according to ETF Database.

Given these drawbacks, Cara Esser, a senior fund analyst at Morningstar, says most investors buy pooled bank-loan ETFs or mutual funds because they’re easier to manage. That way, investors can more safely tap into bank loan advantages like yields that adjust every 30 to 90 days — faster than floating-rate notes.

But, don’t let high yields overly tempt you. Though bank-loan ETFs offer higher yields, the majority of their holdings are rated BB or lower, adding to default risk. “So, you have less control over credit quality,” Ashton says. “It’s the devil you don’t know.”

Esser says closed-end, floating-rate bank-loan funds, which issue a fixed number of shares and are traded on an exchange such as the New York Stock Exchange, boast even higher yields. The average distribution rate is 6.8 percent. However, they use leverage to pump them up, which also increases risk. Currently, 24 closed-end funds hold floating-rate loans and only one isn’t leveraged, she says. “They’re also selling at a premium, so beware,” Esser says.