About our Review Board
Written by
James Royal
Written by James Royal Senior investing and wealth management reporter
Bankrate senior reporter James F. Royal, Ph.D., covers investing and wealth management. His work has been cited by CNBC, the Washington Post, The New York Times and more.
James Royal
Edited by
Brian Beers
Edited by Brian Beers Managing editor
Brian Beers is the managing editor for the Wealth team at Bankrate. He oversees editorial coverage of banking, investing, the economy and all things money.
Brian Beers
Reviewed by
Robert R. Johnson
Reviewed by Robert R. Johnson Professor of finance, Creighton University
Robert R. Johnson, Ph.D., CFA, CAIA, is a professor of finance at Creighton University and chairman and CEO of Economic Index Associates, LLC.
About our review board
Robert R. Johnson

FAANG stocks include some of the most popular and profitable stocks on the market over the last decade or so. But what are FAANG stocks? It’s an acronym that stands for the stocks of the following companies:

These companies continue to be bellwethers of the tech industry, representing a high-growth sector of the economy. Each has returned investors a ton of money over time, and these stocks are likely to remain popular staples of investors’ portfolios for the foreseeable future. (As you can see, the acronym is outdated, since Google changed its name to Alphabet in 2015, and Facebook switched its name to Meta Platforms in 2021 to reflect its broader focus.)

In fact, originally this group was called FANG stocks, standing for Facebook, Amazon, Netflix and Google, but was expanded to include Apple as a second “A.” Sometimes Microsoft is also included in this group, with the acronym expanding to FANMAG, a more pleasant abbreviation. But a more apt name might be MANAMA, which may recall a famous Sesame Street song, allowing both Microsoft and the relatively newly renamed Meta Platforms each to have an M.

Why are FAANG stocks so popular?

FAANG stocks are popular for a number of reasons, perhaps the most important being their strong record of growth and their potential future growth. Their total value is in the trillions of dollars, and many investors have at least a tiny portion of these companies in their portfolio by virtue of owning an exchange-traded fund or mutual fund, where these are popular holdings.

FAANG stocks comprise significant chunks of major indexes such as the Standard & Poor’s 500 index (S&P 500), a collection of around 500 of America’s largest companies. Here’s the breakdown of FAANG stocks in the S&P 500 index as of Nov. 28, 2022, according to data from Slick Charts:

In other words, these six companies alone make up around 19 percent of the index.

The weighting of these companies is even higher in the Nasdaq 100 index. Here’s their breakdown in this major tech index as of Nov. 28, 2022, according to Slick Charts:

Every time you buy funds based on these indexes, you’re purchasing a similar size stake in FAANG stocks. (If you already own stakes in these individual stocks, your portfolio may not be as diversified as you think.)

While consumers may be familiar with these tech names, they may not be aware of the huge returns generated by these six companies for the 10-year period from the start of 2012 to the end of 2021.

If you had put $10,000 into Netflix at the start of 2012, you’d have about 60 times that amount of money at the end of 2021 – a truly incredible return. Even the low end of the returns is attractive. And the annualized returns are about as good as you can find in the market.

These growth records are built on each company’s expanding global empire, though sometimes people don’t realize the companies have other businesses under the corporate umbrella.

Similarly, Amazon is not just an ecommerce giant, but also controls AWS (Amazon Web Services), which is a leading player in cloud computing.

Of course, consumers are familiar with Apple and Alphabet for their phones and search service, respectively. But even these companies are more than just those key products.

FAANG stocks have been among the most popular stocks in the market for a while and have delivered among the most tantalizing returns over the past decade. While the future likely won’t look quite as rosy as the past, these stocks look set to remain a mainstay of key indexes, meaning that investors will continue to own them as part of the best ETFs and best mutual funds. 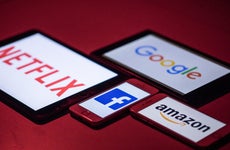 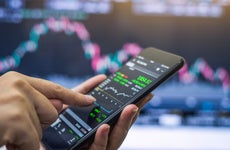 What are penny stocks and are they a good investment? 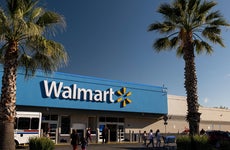 What are blue chip stocks? 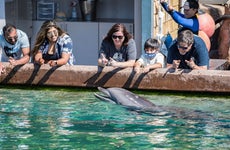 What are consumer discretionary stocks?