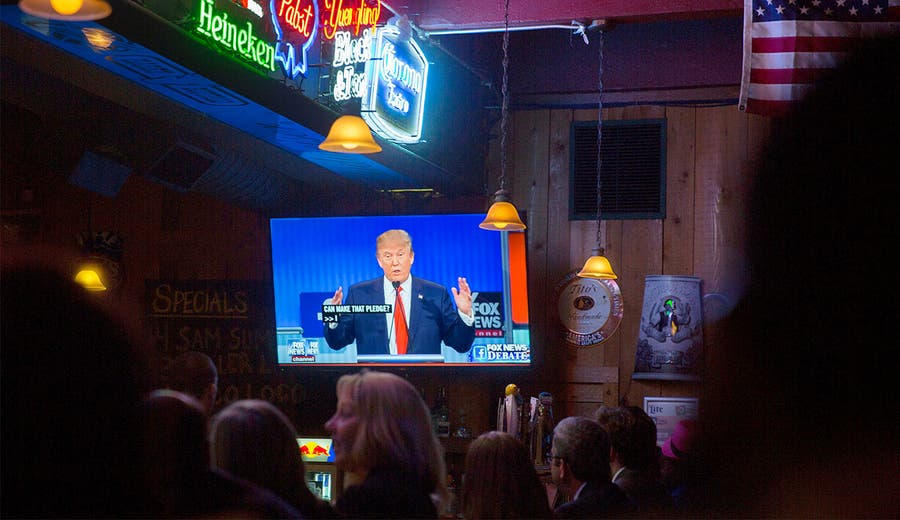 If you can look past the turmoil in Washington (and, I know — it’s tough!), you’ll see that the country is doing pretty well, financially speaking.

But many of you don’t believe it.

Despite the positive signs, only some Americans are feeling upbeat about the state of their money. Your point of view on how to invest, whether it’s a good time to take out a mortgage and various other personal financial issues may be clouded by politics — the driving force behind much of that ruckus going on in the nation’s capital.

The political divide on finances

Looking at the flip side, 20 percent of Democrats say they’re worse off compared to last year at this time. Only 7 percent of Republicans feel they’ve lost ground financially over the past year.  Independents are somewhere in the middle.

We also found a political divide when we asked people to name the best way to invest money that they won’t be needing for a decade or longer.

The top pick among Republicans is real estate, followed by the stock market and then cash investments, like CDs.

Democrats’ No. 1 choice for the long term is low-risk cash investments, followed by real estate and then stocks.

Why stocks should be your top choice

Not to choose sides or anything, but on the investing question, Republicans are closer to having the right idea than Democrats.

Financial experts generally agree that for the long haul, you need to invest in stocks or their proxies (such as mutual funds), at least to some degree. Your goal should be to find returns that outpace inflation.

“The soft drink that costs you $1.00 today likely cost 10-25 cents when you were younger,” says veteran Wall Street watcher Sam Stovall, chief investment strategist with CFRA. “As a result, a successful long-term investor needs to focus on outpacing inflation after taxes.”

Over the past 15 years, the average annual return on the big-company stocks making up the S&P 500 index has been close to 10 percent. By contrast, with the Fed holding the line on interest rates, you’re lucky to get 2 percent through cash savings today. (It pays to shop around for the very best returns on savings.)

So, the lesson is that you need to get over your political leanings when it comes to making financial decisions.

More of us need to see the good stuff happening with the economy and the financial markets, and need to invest in the stock market — while being mindful of possible risks, like that downturn that they keep predicting.