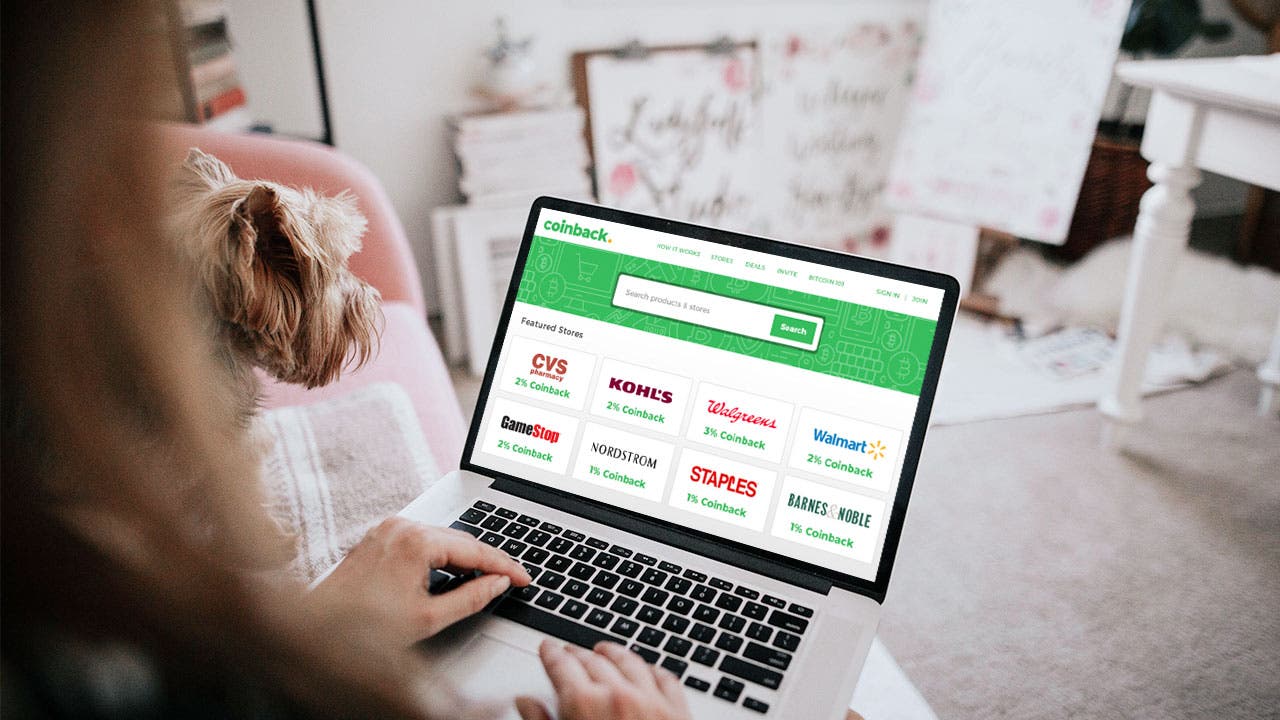 The risk of investing in bitcoin isn’t for everyone.

But if you earned bitcoin for just going about your daily online shopping activities, without investing your own money, would you be interested?

“(We wanted to) build a product that will bring and introduce the digital currency to the masses,” says Eyal Yechezkell, co-founder and CEO of Coinback. “… We feel that (bitcoin is) still in its infancy right now, and we thought, ‘What better way to bring a way to have people get a little bit of digital currency without getting all the risk of maybe shelling out a lot of money to invest?’”

Coinback, based in New York, initially launched on June 21. It’s a Google Chrome extension that offers Coinback – similar to cash back but in the form of bitcoin – from more than 2,000 merchants. The site is mainly geared toward people who have stood on the bitcoin sidelines.

“So it’s a good way to get introduced to digital currency,” Yechezkell says. “It’s a risk-free way, a fun way, that you can earn and learn about bitcoin.”

Here are the steps to earning bitcoin on Getcoinback.com.

Lately, the safety of your information and data is making headlines. Yechezkell says Coinback doesn’t gather any data or store any data that’s not specific to the merchants. He says that the company doesn’t sell its data to third parties.

“We take privacy very, very seriously,” Yechezkell says. “… We only actually launch the service when you land at a participating merchant.”

The trade-off is whether you are comfortable with installing the extension to get the Coinback, or whether you prefer to use another cash-back vendor.

Coinback may be a way to complement a cash-back credit card to maximize the currency coming back your way.

Stores that have partnered with Coinback

Yechezkell says there are more than 2,000 merchants partnered with Coinback. Walmart, which currently has up to 2 percent Coinback, is the most popular so far.

Here is a sampling of current Coinback offerings:

In addition to cash-back opportunities, Yechezkell says participating merchants will sometimes have coupons available as well.

Coinback prides itself on getting its rewards to the customer as fast as possible. Yechezkell says on average, customers can see their bitcoin in their digital wallet within a few days.

“You don’t have to wait around for any checks or gift cards,” Yechezkell says. “You can automatically receive the bitcoin as soon as the participating merchant came back and reported to us that you made that purchase, and it was settled.”

But there are some exceptions.

If you purchase a flight or hotel at a travel partner, you may not get the Coinback until after your travel is complete. That was the case when Hotels.com was on the site a few weeks ago.

“So that’s the extreme,” Yechezkell says. “But the typical purchases online take usually a few days to settle.”

Coinback hopes to launch in South America and Europe by the end of the year.

As far as bitcoin goes, Yechezkell says it is still in its early stages.

“We’d love to introduce and be the gateway to introducing individuals that maybe don’t know what bitcoin is or never had it or never owned it, to be the first ones to introduce and have them earn a little bit of bitcoin through our network,” he says.

In the early 2000s, Yechezkell was working in online advertising. Before he knew it, everyone had an email address. Similarly, he sees this being bitcoin’s early stages of adoption.

“We feel that it’s about to go mainstream,” Yechezkell says. “And we want to be a part of that and bring it to the mainstream as well. I feel that before we blink again, a lot more people are going to use it.”