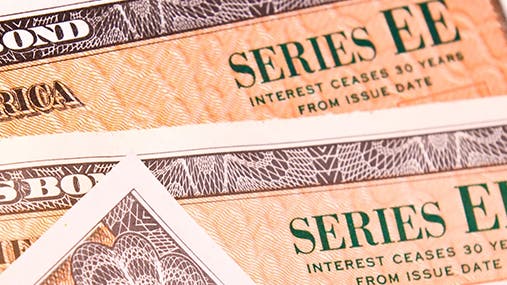 “This is a challenging period for fixed-income investors because the Federal Reserve is keeping short-term interest rates extremely low,” says Michael Sheldon, chief market strategist for RDM Financial Group in Westport, Conn. “Interest rates have been declining for more than 30 years. That’s been a positive tailwind for investors. Eventually rates will start going up, and that will represent a headwind for investors.”

There’s currently tension in the bond market among the factors moving prices. “There’s a tug of war between (two questions): Are interest rates headed higher, or do we have to be concerned about slow global growth and the euro crisis?” says Miriam Sjoblom, associate director of fixed-income analysis for Morningstar research in Chicago.

The tug of war “shows how difficult it is to call the market and (reemphasizes) the need for a diversified portfolio, even with yields as low as they are,” Sjoblom says.

She and other experts have several ideas about how to approach bond investing in this difficult environment. It may be easiest to grasp these ideas by looking at the main sectors of the bond market — Treasuries, investment-grade corporate bonds, high-yield or junk bonds, municipal bonds, and foreign bonds.

As for which of the two to purchase, the call is easy, experts say. Unless you have at least $250,000 to invest, stick with funds. That’s because individual bonds are very expensive. And you don’t even know what the commission is because brokers simply bake it into the price of the bond.

So you have to make a bond purchase of about $50,000 just to keep the commission from becoming exorbitant. And some bonds don’t have much liquidity, making them difficult and expensive to sell.

An exception to this rule is Treasuries, which you can buy directly from the government for no fee with a minimum purchase of only $100. For more information, see TreasuryDirect.gov.

Credit and interest-rate risks are the two kinds bonds carry. Credit risk refers to the possibility the bond issuer won’t be able to meet interest or principal payments. Credit risk is virtually zero for Treasuries but very high for some junk bonds.

Interest-rate risk is the risk that rates will rise in general. That usually stems from strong economic growth, high inflation and/or short-term rate increases by the Federal Reserve.

Bonds with longer maturities generally have higher interest rates than short-term bonds, but long bonds fall further when rates rise. Legend Financial Advisors has clients who have invested in bond funds that hold 20-year and 30-year Treasuries, says Jim Holtzman, a shareholder at the Pittsburgh-based firm. If interest rates rise 1 percent, the prices for those bonds will drop 20 percent, he says.

So what happens in the different sectors?

“Treasuries pose the biggest risk,” says Tim Ghriskey, chief investment officer of Solaris Asset Management LLC in Bedford Hills, N.Y. “They move the most when the Fed changes policy, and they anticipate the change as well.”

Given that short-term interest rates now stand at almost zero, the next move by the Fed will be to raise them. “That’s something individual investors should prepare for within the next two to three years,” Ghriskey says.

To be sure, Treasuries are safest when investing in bonds and have enjoyed strong rallies since the financial crisis. “But yields are so low that you have to question if it’s worth the investment,” he says.

Despite the low interest rate environment, there are some corporate bonds that offer attractive yields, says Morningstar’s Sjoblom. “The U.S. government has fiscal issues, but corporate America has done a great job of cleaning up its balance sheets. On the credit side, fund managers are very optimistic about corporates. But do they offer enough compensation?”

Ghriskey expects corporate bonds to benefit from stronger U.S. economic growth, which would boost corporate fortunes. “We like corporates but are cautious about long-term corporate bonds because they carry more interest-rate risk. We’re concentrating on intermediates,” he says.

Legend Financial Advisors prefers high-yield bond funds over investment-grade funds because of the yield advantage, Holtzman says. With default rates so low for the low-rated companies that issue high-yield bonds, “You’re not taking a lot of credit risk.”

But he notes that junk bonds correlate very closely with stocks. So if equities fall, junk bonds likely will, too. And while default rates are very low now, “If economic growth stays slow, there could be default/credit troubles ahead for lower credit-quality companies,” Sjoblom says. “You can’t have much better fundamentals than now. Investors should keep that in mind.”

Municipal bonds are free of federal taxes — state taxes, too, if you live in the state of issuance. So munis are particularly appealing to people in high tax brackets. Investors anticipating tax increases next year have played a big role in the strong rally for munis recently, Ghriskey says.

“But we don’t think it’s wise to pay for that currently, especially when we see improvement in the domestic economy and interest rate risk on all bonds,” Ghriskey says.

Sjoblom says that while those investing in bonds are piling into munis now, “Investors have been doing a poor job of timing moves in and out of the market,” Sjoblom says. “There is no way that returns can continue like this with yields so low.”

Several cities have declared bankruptcy over the past few years, adding an element of risk to the market. But most experts say the risk is manageable and that a wave of additional bankruptcies isn’t coming.

A number of foreign markets offer higher yields and better principal protection than the U.S., Ghriskey says. Many investors are looking to emerging markets such as China and Brazil. Fund managers investing in foreign bonds there point to stronger economic growth than in the developed world and prudent fiscal and monetary policy, Sjoblom says. “But keep in mind that yields already are low in higher quality markets.”

Be careful when investing in eurozone bonds, especially in the southern nations, as their economies are struggling.

Given all the crosscurrents in the bond market now, you may want to invest in funds that, together, include all these sectors. All the uncertainty “shows how difficult it is to call the market and the need for a diversified portfolio, even with yields as low as they are today,” Sjoblom says.