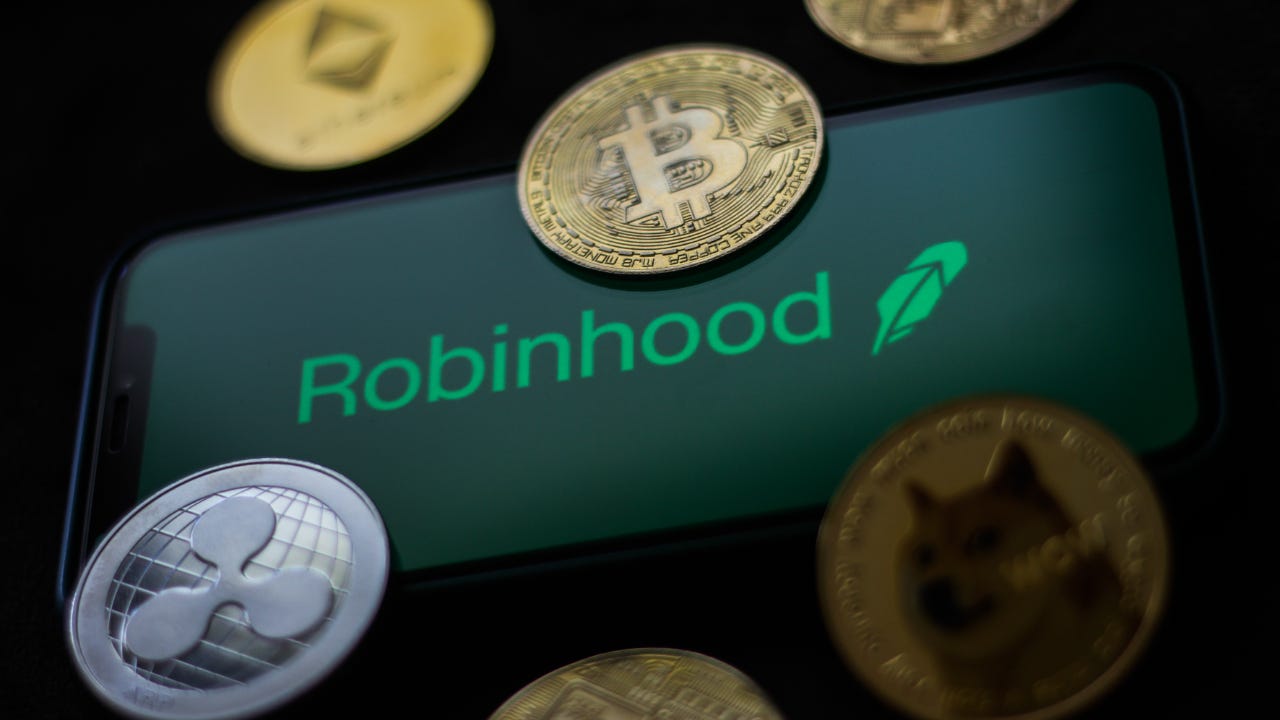 While cryptocurrency has surged in popularity in recent years, only a small minority of Americans have actually traded it. Among the most popular cryptos are Bitcoin, Ethereum and Dogecoin, each of which have seen significant action in the past year or so. The appeal for traders? The potential to make significant money on the volatility of these highly speculative assets.

Increasingly, traders have more and more ways to access cryptocurrencies. In fact, you may already have an app on your phone that lets you trade. For example, if you have the PayPal or Venmo app, you can buy and sell at least a few different cryptocurrency coins. But other apps give you access to a wider selection — there are literally thousands — or they offer other benefits such as lower cost.

Below are some of the top apps for crypto trading and some of the key things you need to know.

The apps below include some typical phone-based trading apps, some general financial apps and specialized crypto exchanges. We’ve included pricing as well as how many coins the app allows you to trade, so you can get a sense of the scope of each app.

If you’re interested in trading the largest cryptocurrency, Bitcoin, exclusively, it may not make sense to go with an app that offers you dozens of others. On the other hand, if you’re looking to trade whatever is hot at the moment, consider an app with more variety.

You may know Robinhood for its slick trading app for stocks, options and ETFs, but it’s also expanded into cryptocurrencies. Plus, it brings its no-commission structure to the crypto world. Although trading may look free, Robinhood charges a spread markup rather than a direct commission, meaning that the costs are built into a coin’s buy or sell price. You can get started almost immediately with Robinhood’s instant transfer feature, so it’s just download and go.

Cost: $0, or commission-free, but there’s a spread markup

Coins available to trade: Seven of them, including Bitcoin, Dogecoin and Ethereum

Webull may not be the poster child for trading apps, but its feature set feels a step above Robinhood’s. Like its well-known rival, Webull offers stocks, options, ETFs and cryptocurrencies with no out-of-pocket commission. And similarly, Webull works on a spread markup for its crypto trades, so your cost is built into the trade. You’re also able to trade a few more coins than you’re able to at Robinhood, including Cardano.

The broker eToro is all crypto, all the time (at least for American traders, though others can trade stocks). At eToro you’ll have access to 32 cryptocurrencies, including quite a few that you won’t normally find on the brokerage apps such as Tezos, Uniswap and Polygon. The app doesn’t charge a direct commission but rather a spread markup that can vary widely by crypto, ranging from 0.75 percent for Bitcoin to a hefty 5 percent for others.

Cost: Commission-free, but spread markup ranging from 0.75 to 5 percent

When you think of cryptocurrency, you might not think of CashApp at first. The financial app is known more for its cash management account or even its ability to trade stocks and ETFs. But it also offers the ability to trade crypto, albeit only one — Bitcoin. While you can send Bitcoin to other users for free, CashApp charges what it calls a “small fee” for trading the coin, which it will disclose before you place the trade. That’s in addition to a spread markup built into the trade itself. Unfortunately, it doesn’t disclose its exact fee structure.

Coins available to trade: Only Bitcoin

Like CashApp, you may already have PayPal installed on your phone and, if so, you could be up and running with cryptocurrency in literally seconds from now. You won’t be able to pay or send crypto to other people, but you can trade it. PayPal charges a fee for any transaction and also prices in a spread mark-up on its trades. The fee starts at 50 cents for trades under $25, then switches to a percentage that declines to as low as 1.5 percent for trades over $1,000. Helpfully, PayPal lists its fee structure plainly for all to see. PayPal’s sister app Venmo offers the same services on similar terms.

Cost: Spread markup plus trading fee that starts at 50 cents and declines to 1.5 percent

Coinbase is a specialized cryptocurrency exchange that allows you to trade a bunch of digital currencies, 107 at the latest count. That range will likely scratch your crypto itch, since it includes most of the top coins, including Bitcoin, of course. But what will you pay for using the basic service? Unfortunately, Coinbase has become cagier about what you’ll pay to trade, recently obscuring the fee structure on its website.

When it was visible, the fee structure was complex to say the least. You’d pay a spread markup of about 0.5 percent and a transaction fee that depended on the size of the transaction and the funding source. For Coinbase Pro, you’ll pay fees that start at 0.5 percent for trades under $10,000 and decline to 0.15 percent for up to $100,000 in volume and then head even lower.

Coins available to trade: A whopping 107, including Bitcoin, Ethereum, Cardano and Solana

Kraken is another specialized cryptocurrency exchange that lets you trade a ton of different coins, including the most popular as well as some (Solana, Uniswap, Cardano and more) that are not typically available on the usual financial apps. In total, the exchange supports trading in 91 cryptos. Kraken does not offer their service to residents of New York and Washington state.

Kraken generally charges a 1.5 percent fee (or 0.9 percent for stablecoins) but debit or credit card transactions incur a 3.75 percent fee plus 25 euro cents, and you can get hit with a 0.5 percent online banking processing fee, if you fund through a bank. But prices decline significantly if you’re using Kraken Pro. Fees there start at a range of 0.16 to 0.26 percent at the lowest volume levels and decline to a range of 0 to 0.1 percent with volume of $10 million or more in the last 30 days. High-net-worth traders can also access margin trading, increasing their buying power (and risk).

Cost: Fee of 1.5 percent, plus fees for cards and online banking (lower with Kraken Pro)

Coins available to trade: 91 of them, including Bitcoin, Ethereum, Solana and Uniswap

The best crypto trading app for you depends on your needs. If you’re looking to trade a wide range of digital currencies, consider an app that allows you to do so. But if you prefer to stick mainly to the major ones such as Bitcoin, Ethereum and a handful of others, then many of the apps mentioned here can get the job done. But cost is an important consideration as well, so keep that in mind before opening an account.