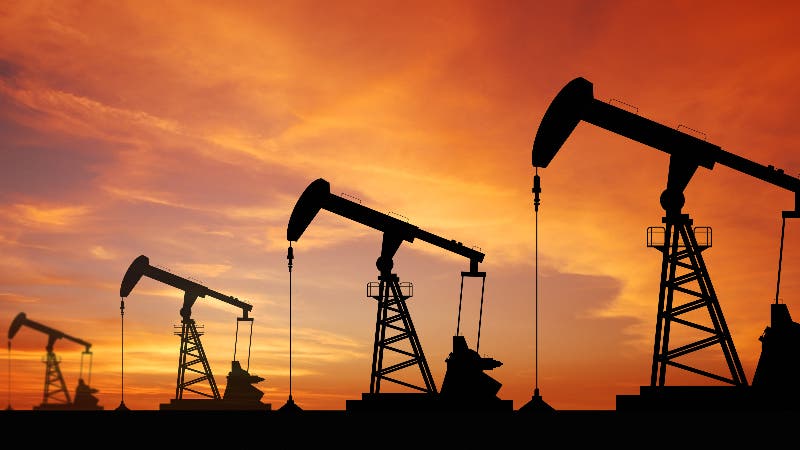 Saudi Aramco — the largest oil company in the world — is about to join the long list of 2019’s high-profile IPOs. In fact, it’s set to become the largest IPO ever, in December, if analysts’ initial valuations on the stock are realized.

Investors expect the total value of the company to range from $1.2 trillion to $2.3 trillion, according to CNBC. Even if it hit the low end of that range, Aramco would still be larger than America’s biggest publicly traded companies, such as Apple ($1.18 trillion) and Microsoft ($1.12 trillion).

While the size of the debut has generated all kinds of media buzz, potential investors in the new stock should take a hard look at the unusual risks involved in this IPO. It’s not just another IPO.

Aramco sits atop a monster strategic asset: the world’s largest collection of proven oil assets. The company produced roughly one in eight barrels of oil consumed between 2016 and 2018, and it cost a paltry $2.80 per barrel to get oil out of the ground in 2018. So Aramco is a low-cost producer of a strategically important asset. While the world discusses moving to green energy, it’s still going to be a long time before the global economy is weaned off oil.

Income investors have something to like here. Aramco will pay cash dividends of at least $75 billion starting next year. That’s a hefty chunk of money. At the low end of analysts’ valuations on the stock, it would amount to a 6.2 percent yield, and at the high end, 3.3 percent.

Aramco’s actual yield depends on its stock price, but the projected range puts it in the company of other oil majors: ExxonMobil at 5.0 percent, Chevron at 3.9 percent and BP at 6.3 percent.

These oil companies offer similar yields and similar business risks — they all depend to a greater or lesser extent on oil prices, for example. However, Aramco presents other serious concerns for investors and it’s not clear that investors will be adequately rewarded for assuming the risks.

Aramco’s stock relies on the price of a volatile commodity, which typically falls in a recession.

Higher oil prices lead to more profits and a generally higher stock price, while a lower oil price means sagging profits and the potential for a dividend cut. So the dividend may look juicy now, but profits must stay up. If a company cuts dividends, the stock price will likely crater, too.

While the total value of all the company’s shares is huge (north of $1 trillion), it’s only selling as much as 5 percent of its stock — a figure that could still raise tens of billions of dollars. But individual investors will have a chance at buying 0.5 percent or less of the stock.

Even these shares are not directly available to regular Americans. Only foreign investment funds with at least $500 million in assets may purchase stock, so American investors will have to buy a fund in order to invest in the stock. That adds a layer of additional management fees.

With so few shares sold to the public, the Saudi government will remain the dominant shareholder and that creates risks for public investors.

“The primary risk factor investors should evaluate is state control of the company,” says Ryan Giannotto, director of research at GraniteShares ETFs. “More so than other state-owned enterprises, political and geopolitical concerns in all likelihood may distract Aramco from raw profit motives.”

So if the government decides it wants Aramco to act in a certain way, investors must go along for the ride regardless of whether it makes them a profit or not.

“Understanding the protections afforded the public shareholders will be important,” says Jerry Raio, head of capital markets at ClickIPO Holdings.

For example, Raio points to a royalty agreement with the Saudi government, which sees the government’s share of profits rise as oil prices rise and fall as oil prices fall. That limits the potential upside and downside for public investors.

“Investors will need to understand the terms of that arrangement going forward,” says Raio.

The stock will be listed on a small Saudi stock exchange, the Tadawul in Riyadh, Saudi Arabia. The exchange’s governance isn’t equal to the standards on an American exchange, such as the New York Stock Exchange or Nasdaq. Investors must be comfortable with this difference, though a rumored listing on an American exchange might settle investors’ nerves somewhat.

In short, Aramco investors are buying a state-run company listed and located in a Middle Eastern country with spotty political stability. Those are significant governance issues to overcome on top of the fundamental business issues of running an oil company. And then there are the potential effects of terrorism and conflict in an unstable region of the world.

Why is Aramco conducting an IPO now?

The Aramco IPO is being underwritten by the biggest Wall Street investment banks — Goldman Sachs, JPMorgan, Citigroup, Morgan Stanley and others — so it’s not a shady offering. But Wall Street will sell anything it thinks investors will buy. To wit, the IPOs of Uber and Lyft earlier this year have been dismal failures, despite the obviously terrible financials.

“Aramco is about as dissimilar as possible from the class of 2019 IPOs, in that the energy juggernaut is established, extremely profitable and operating with a proven business model,” Giannotto says.

But investors need to ask themselves why the Saudi government wants to cut outside investors in on their company at this point in time.

The Saudi government considered an IPO back in 2016, but concerns about public scrutiny over its finances helped slow the move toward an IPO. However, the reason for an IPO might be even more mundane and less suspect.

Raio says the IPO “is part of a bigger strategy to diversify the Saudi government’s reliance upon oil for funding their economy.”

The strategy is called Saudi Vision 2030 and the plan is to diversify away from oil into tourism, mining and healthcare, among other industries.

“Diversification is the key impetus here,” says Giannotto. “The Saudi government is massively leveraged to energy, not only in terms of portfolio allocation, but political influence as well.”

Still, with the global economy poised on what some see as a recession, lower oil prices may be around the corner and it could be a good time to sell a piece of the company while oil is stable.

As you would with any stock, you need to carefully consider the benefits and risks of Aramco. Unlike U.S.-based companies, the Saudi oil company presents several new kinds of risks, but investors who want exposure to oil have several options without the downsides of Aramco.

“Low-cost commodity ETFs can offer the energy exposure of Aramco without the associated equity and political risks,” says Giannotto.

An oil ETF can offer a diversified portfolio of oil stocks with less downside while still having returns that hinge on the price of oil. Alternatively, investors can pick individual oil stocks that are located in stable political regions, though this approach is riskier than a fund.