Everyone knows, on an intellectual level, that markets go up and markets go down. But when a major downturn roils the stock market, it hits at a visceral level.

Unfortunately, volatility is the name of the game when it comes to investing.

Asset allocation and diversification strategies are generally the most common ways to reduce risk. But the “smart money” — aka pension fund managers — increasingly rely on alternative investments as part of their investing arsenal. Some 34 percent of institutional investors revealed that alternative assets comprise more than 25 percent of their portfolio holdings, according to the 2010 Alternative Investment Survey of U.S. Institutions and Financial Advisers, released in January by Morningstar and Barron’s.

Individual investors also have access to alternative strategies in mutual funds that may provide some padding in times of market volatility.

When you own an investment, you probably expect it to appreciate in price. That means you have a “long” position.

Shorting, on the other hand, is a bet that an asset, such as company stock, will fall in price.

Rather than just buying investments that they expect will appreciate, long-short funds hedge risk by creating returns from their long and short positions.

“A long-short would be something like a 130-30 where you have 130 percent of the portfolio long and 30 percent short in whatever universe you’re looking at,” says Adam Patti, CEO of IndexIQ, a mutual fund and exchange-traded fund company offering alternative index funds.

Long-short funds can focus on equities, fixed-income or alternative investments such as currencies or commodities.

“The goal is to protect against big drops on the downside and capture part of the upside over time,” says Papagiannis. “If you pick a good manager, the risk-adjusted return could be better than a long-only investment.”

But their track record is far from stellar. According to Morningstar, on an annualized basis, long-short funds gained 1.24 percent over five years through April 25, compared to 2.66 percent for the Standard & Poor’s 500 index.

The futures market is a centralized marketplace where people can buy and sell contracts on the future value of commodities or financial instruments. Farmers use these contracts to sell grain to food manufacturers for a specific price at a future time to hedge against price risk.

Speculators get in on the action by buying contracts on a commodity such as coffee, betting that the contract will increase in value between now and the date of delivery. That contract has an investment value apart from coffee beans, and the contract is what speculators trade.

“People would say, ‘I think live hogs are going to be worth more down the road. I’m going to buy a futures contract that trades on an exchange that gives me the right to own live hogs in September.’ They are betting that the futures contract will increase in value between now and then,” says Patti.

Managed futures funds are not correlated to the bond or equity markets, so they can perform quite well when the stock or bond market is down.

About 15 mutual funds currently focus on managed futures, she says.

As an example, Rydex Managed Futures Strategy A fund shows a very different pattern of returns from the general stock market. In 2008, the most perilous year for investors in recent history, the Rydex fund finished the year up 2.9 percent. Contrast that with the S&P 500, which fell 37 percent that year.

Like long-short funds, market neutral funds use long and short positions to reduce volatility, but they attempt to reduce that volatility to zero.

“A market neutral fund will also be long-short, but the net exposure to equities, for instance, would be zero or very little positive or negative, to try to keep the exposure as close to zero as possible,” Patti says.

Market neutral funds strive to provide small but steady returns in all markets. They should lose less money in market downturns, stabilizing your portfolio. They won’t provide growth.

“They have virtually no market risk at all,” says Papagiannis. “That is not going to get you a very high return. Sometimes people substitute this kind of fund in their fixed-income portfolio because it has a similar risk profile to bonds — low volatility and low returns.”

According to Morningstar, market neutral funds gained an annualized return of 0.95 percent over five years through April 25 versus 2.66 percent for the S&P 500.

Like other alternative strategy funds, these funds are heavily dependent on manager skill in picking securities, and they’re not cheap. According to Papagiannis, the average expense ratio for the alternative funds is 1.98 percent, compared to 1.13 percent for the average domestic large-cap blend fund.

Expenses should be only one of several considerations when it comes to choosing a fund that uses alternative strategies.

Investors first need to decide how much they may want to allocate to alternative strategies, and then which strategies mitigate risk in their portfolio.

“If you have an equity-heavy portfolio, you probably want to diversify some of that risk into less risky equity-types of investments, and that would be a long-short strategy,” Papagiannis says.

Next, evaluate fund managers and their track records. Many may not have track records at mutual funds, but if they were around in 2008, 2009 and 2010, that can be a good sign. If, during those years, they weren’t at the helm of the mutual fund you’re evaluating, check out how they did in different accounts or in hedge funds.

“You can see them running a similar strategy, not exactly the same, but similar, and how they’ve done over time in different kinds of market environments,” Papagiannis says.

There are some caveats. Actively managed funds introduce manager risk. In addition, diversification can have diminishing returns.

“The most important diversification to equities is to add safe Treasury bonds,” says Larry Swedroe, director of research at Buckingham Asset Management in St. Louis.

After adding international assets, diversifying across geography and economic and political risks, including emerging markets and then real estate, commodities and Treasury inflation-protected securities, or TIPS, “by the time you’re done and you have 10 or 12 of these asset classes, the next bit of diversification gets you almost nothing,” Swedroe says.

There are no guarantees that the extra diversity will buffer against volatility. In a severe market crash, such as the one in 2008, “there are only two asset classes; there are riskless assets and there are risky assets. There are government securities and then there is everything else and you have to understand that,” says William Bernstein, author of “The Investor’s Manifesto: Preparing for prosperity, Armageddon and everything in between.”

“Yes, you should come up with a policy for allocating among your risky assets. In normal times, that is going to help you, but don’t fool yourself that owning REITS and precious metals and timber and commodities — and God knows what else — is going to save your bacon,” he says.

In 2008, all asset classes got clobbered, but most people won’t be retiring based on their returns in 2008. Instead, it’s the returns over a long period of time that count the most. And that is where diversification will be the most helpful: over the long term.

« Back to Investing new economy. 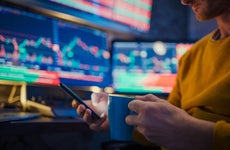 What is a hedge fund? 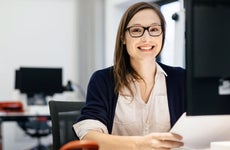 What are mutual funds? 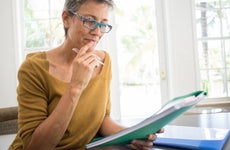 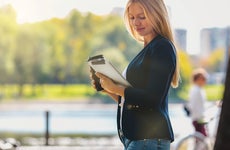