5 tips to investing in and buying gold coins 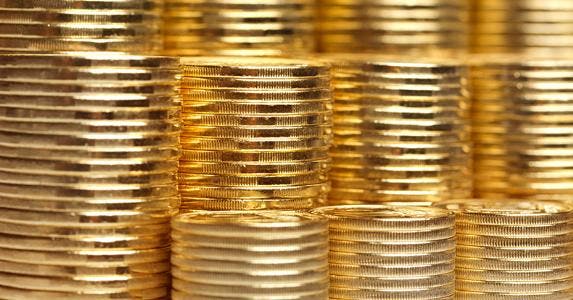 Gold bullion coins, which sell in the millions weekly, tap into the allure of investing in gold. American Eagle and Canadian Maple Leaf gold coins have high gold purity and are easily bought and sold through precious metals dealers.

Following the financial crisis, some investors turned to gold exchange-traded funds, or ETFs, to cash in on gold’s rise. But in recent years, people have been moving away from them, says Barry Stuppler, founder and president of Mint State Gold, a precious metals dealer in Woodland, California.

Why? Some ETFs don’t own the physical gold, instead trading in a gold index. For example, the CBOE Gold Index tracks the price of gold-mining companies. Gold ETFs may even trade in gold futures contracts, making them risky investments, says Paul Mladjenovic, author of “Precious Metals Investing For Dummies.”

The downside of gold coins

Before plunking down hard cash, know that investing in gold coins can have its downside. Prices fluctuate wildly, Mladjenovic says. “Gold coins aren’t meant for trading,” he says. “Hold them a minimum of three years.”

In addition, dealers typically don’t take credit cards for gold purchases, Stuppler says. They may not accept orders unless they have the cash in hand first. “So, you must use a bank wire or cashier’s check to pay for the coins,” he says.

Selling coins also means laboriously shipping them back to dealers by packing them in coin protectors wrapped in bubble wrap. To track the package, send it via registered mail or Express Mail, or use a service such as FedEx or UPS. The coins should also be insured for their full value.

Here are five tips for buying and selling gold coins.

Stick with North American coins. The Canadian Maple Leaf and American Eagle gold bullion coins are the easiest to buy and sell. Outside the U.S., the 24-karat Maple Leaf rules; inside, the 22-karat Eagle. “And the Eagle’s gold content and purity is guaranteed by the U.S. Mint,” Mladjenovic says.

Indeed, American Eagle coins can even be put into individual retirement accounts, or IRAs, Stuppler says.

Widely used gold coins also are easier to sell, unlike the South African Krugerrand and the Austrian Vienna Philharmonic gold coins. These coins are mostly bought and sold outside the U.S.

Gold bars are even costlier. They typically trade in 10-ounce amounts, but selling can be a chore. These bars can be expensive to ship back to the dealer.

If you buy gold coins, store your American Eagles or Canadian Maple Leafs in a safety deposit box or a home safe rather than with a dealer. Physical possession is best to avoid dealer scams, Mladjenovic says.

Compare dealer prices. Aside from the proof version, the U.S. Mint doesn’t sell American Eagle gold coins directly. But there is a dealer location tool on the Mint’s website. Comparing prices among dealers is easy, too, because coins sell at a premium above gold’s spot price, or its delivery price as a commodity. You can find the spot price on precious metals exchange sites such as Monex.com or Kitco.com.

Paying more than 5 percent premiums for gold bullion coins doesn’t make sense, Mladjenovic says. “Aim for the lowest price,” he says. And, avoid buying gold on eBay because you can get caught in a bidding war.

Avoid rare coins. Rare coins require more diligence and expertise when buying them, Mladjenovic says. Two coins may look alike but have completely different grades. This difference can add up to thousands of dollars. You should hire a professional grading service and get a certificate of authenticity when buying rare coins — a hassle for most investors.

These professional grading services judge a coin’s physical condition, assigning it a grade. “Buying rare coins is more like an art,” Mladjenovic says.

Uncover dealer buyback policies. While considering gold bullion coins, find out what a dealer charges to sell them. “Every dealer is different, and some may not charge a premium,” Mladjenovic says. It pays to call and find out the policy.

Final warning: All that glitters isn’t gold. There are many scams out there, Stuppler says. Some red flags include dealers offering free storage or delayed delivery.

“And don’t buy from telemarketers because they charge substantially higher commissions,” Stuppler says.