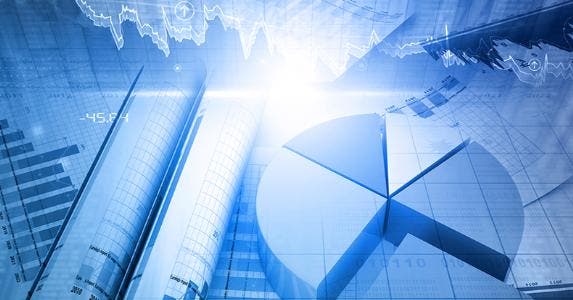 Most everyone is trying to get a handle on what’s happening with the economy lately. The best way to do that is by looking at economic indicators, a compilation of statistics provided by various government agencies, such as the Census Bureau, the Bureau of Economic Analysis and the Bureau of Labor Statistics.

Economists and investors pore over this data like tea leaves, looking for signs of an economic recovery or slowdown, as the case may be.

The average person may be put off by the statistics, but below we demystify this esoteric information to make it more accessible. We focus on those indicators that measure what consumers are doing. After all, consumer spending accounts for 70 percent of all economic activity. It’s the biggest chunk of gross domestic product, or GDP, which is the value of all goods and services produced in the U.S. That means it’s watched very carefully.

The personal income and outlays report is released about a month following the month surveyed, usually on the last day of the month or the first business day of the next month.

Negative changes in income can indicate that consumers are, or soon will be, spending less. When consumers don’t spend, the economy suffers.

The report tracks spending in some general areas, such as durable goods, nondurable goods and services.

The inclusion of services makes this an important report to follow. Services include such things as hair cuts, airline tickets and financial services.

“Depending on the month, services make up two-thirds of overall consumer spending, so it is a pretty big component,” says Bernard Baumohl, author of “The Secrets of Economic Indicators: Hidden Clues to Future Economic Trends and Investment Opportunities.”

The personal income and outlays report does come out later than other indicators, so it doesn’t generate as much interest as reports released earlier in the reporting cycle, such as the retail sales report.

The retail sales report is released about two weeks after the month surveyed ends.

It measures all the retail sales for the month — but not only to consumers. The report does include some nonconsumer elements.

In comparison, the personal income and outlays report includes only consumer spending. The two reports are generally consistent with each other and corroborate findings.

“From an economist’s perspective, the consumer spending data is really a better measure of what consumers are buying. But on the other hand, (the personal income and outlays report) comes out two weeks later for the same period. It’s just not as high profile an indicator,” Hoyt says.

Though the retail sales report does reveal whether consumers are spending or whether that spending is dropping off, the report is subject to large revisions.

The Consumer Price Index, or CPI, is released every month, usually two or three weeks after the month surveyed.

Economists focus on two CPI numbers. One is the overall CPI and the other is the core CPI, which is the overall number minus vital products such as oil and food products, which are excluded because of their price volatility.

“The Consumer Price Index is basically an attempt to measure consumer prices. It is a fixed basket of goods and, at least on a conceptual level, they go and measure the price of those goods and see how it changes,” Hoyt says.

The CPI is used as a measure of inflation.

“If you’re getting only a 5 percent increase in your pay in a year and because of inflation the prices of the goods that you buy went up 5 percent, you’re really not making any more money,” says Baumohl.

“Your purchasing power hasn’t changed at all,” he says.

The new-residential-sales report is released three or four weeks following the month surveyed.

“There is a lot more spending (by business) that goes on … when you construct a new home rather than selling an existing home, where you simply switch titles. We get much more of a bang for the buck,” Baumohl says.

“The new-housing market makes up about 5 percent of the GDP. That doesn’t sound like much, but we’re talking about all of the components that go into building a home: copper, wood, gravel (and) workers, all that together makes up 5 percent,” he says.

When you consider all the buying that people do before they move into their new homes — furniture, appliances and electronics, for instance — all of that spending activity increases the new-home market to about 25 percent of the GDP according to author Baumohl.

A big daddy of economic reports is the employment report. It is released on the first Friday of the month following the month surveyed.

The employment report actually comprises a couple of different surveys. One is the household survey in which households are called and asked questions about their employment status.

“From that data you derive the unemployment rate,” he says.

The unemployment rate doesn’t always tell the whole picture. Not included in the headline number are those unemployed workers who have given up trying to find a job and those who are working part time because they can’t find a full-time position.

The other component is the establishment survey which asks businesses how many people are on their payrolls.

Though the household survey provides the headline-grabbing unemployment rate, investors and economists look toward the establishment survey to get a more comprehensive view of the economy and industry.

“The headline that economists focus on the most is the overall nonfarm payroll. It’s derived from the establishment survey,” says Rick MacDonald, director of investment research and analysis at Action Economics.

“Every month, the Bureau of Labor Statistics gets a report from employers and they actually say how many people were added or subtracted from their payroll,” he says.

The number can be broken down from the total to various industries.

Beyond the sound-bite-ready headline number and nonfarm payrolls statistic, there are pages and pages of numbers. According to Baumohl, the real value lies in these data.

For instance, temporary employment agency statistics are buried within the employment report.

“They will turn up almost instantly once the economy recovers, long before anyone knows if the economy is recovering or not. Usually it is the temporary employment agencies that start to see an immediate increase in hiring,” Baumohl says.

For anyone with an interest in the economy or investing, getting to know some of the economic reports can be illuminating.