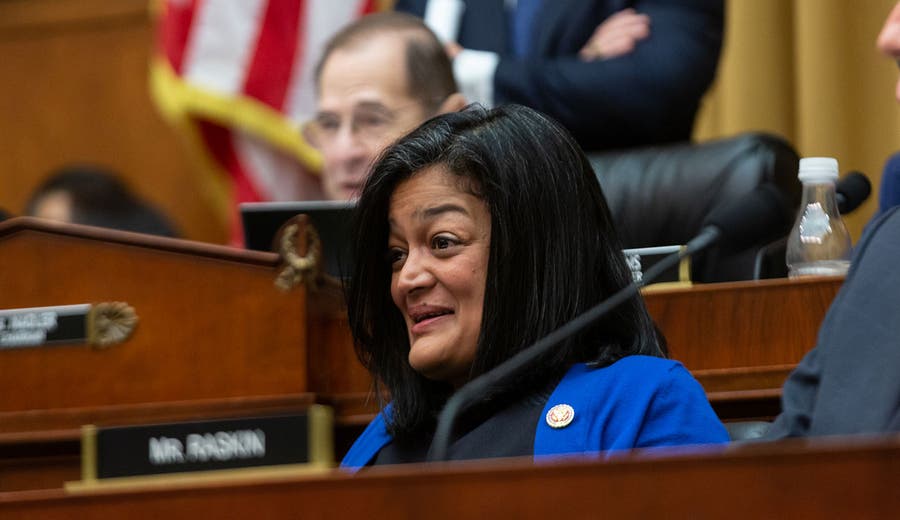 House Democrats revealed their highly anticipated “Medicare-for-all” legislation on Wednesday, to insure every American through Medicare by 2021. The legislation proposes to change the U.S. healthcare system into a single-payer program, an idea largely rejected by groups in the health industry.

The bill, introduced by Democratic Rep. Pramila Jayapal, has more than 100 co-sponsors as the push for universal health care intensifies in Congress ahead of next year’s election.

“We stand here today because it’s time to transform our health care system in America,” Jayapal said in a tweet. “It’s time to ensure that healthcare is a right, and not a privilege.”

What the legislation is proposing

The new Medicare bill is largely based on Bernie Sanders’ original 2016 proposal of Medicare-for-all. Under the new legislation, age thresholds, copays, premiums and deductibles would be eliminated. The plan would cover prescription drugs, vision, dental, mental health, substance abuse and maternal care.

The bill did not include an estimated cost for the expanded proposal, but Jayapal has suggested pulling the money from the country’s wealthiest or imposing a higher corporate-tax rate to cover the costs.

Private insurance would still be available to consumers, many of whom receive the coverage under their employers; however, it would be limited to supplementing benefits not provided by the government in the new program.

The debate over managing health care costs in America is ongoing. The 2017 Supplemental Poverty Measure found medical expenses were the largest contributor to increasing the number of Americans living in poverty, classifying an additional 10.9 million Americans as poor. Older Americans, those over 65, are the hardest hit by the growing cost of health care expenses.

“No one should have to skip a doctor’s visit because health care costs are too high, avoid treatment because prescriptions are too costly, or go bankrupt because they had life-saving medical care,” said Rep. Mark Takano in a tweet endorsing the new bill.

The new Medicare-for-all proposal is “unlikely” to gain the support of any Republicans in the House or Senate, as reported by Reuters.

The Partnership for America’s Health Care Future, a large coalition comprised of doctors, clinicians, community hospitals, health insurance providers and biopharmaceutical companies, has launched a campaign in rebuttal to the proposal. The group says the new bill would ultimately hurt Americans.

“Medicare-for-all would force every American off their existing coverage, put an end to the choice and control Americans currently have over their plans and treatments, fundamentally change Medicare as we know it, and subject patients to longer wait times and a lower quality of care,” the organization wrote in a statement on its website. “We can all agree that more should be done to improve access to quality, affordable care – but this costly, disruptive one-size-fits-all proposal is the wrong path forward.”

The National Republican Congressional Committee (NRCC), a political committee dedicating to increasing the Republican majority in the House, described the bill as the House Democrats’ “latest socialist idea.”

“Medicare-for-all will eliminate private insurance, make trips to the DMV look like a Caribbean vacation and cost taxpayers trillions,” NRCC spokesman Michael McAdams said in a statement on the organization’s website. “Good luck to the vulnerable House Democrats who will be forced to defend this $32 trillion boondoggle.”

The large backing of the bill comes as a major win to the progressive wing of the Democratic party. Though it remains unclear if House Speaker Nancy Pelosi will call for a vote on the legislation, it’s expected to lead to broader discussions of how to tackle the increasing costs and accessibility challenges in the health care industry.