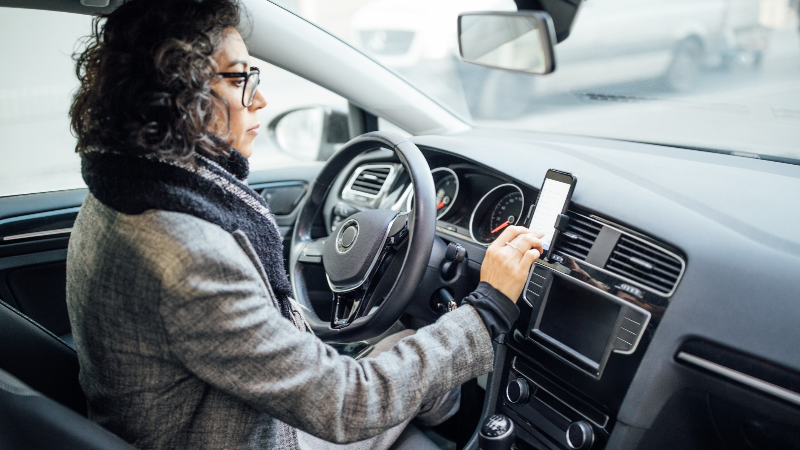 Root Car Insurance is on the cutting edge of the insurance industry, employing the latest technology with the goal to offer automobile owners the lowest rates. Root claims to help car owners save up to 52 percent on their car insurance, but of course there’s a catch: it only insures good drivers.

The Root Insurance Company is different from traditional insurance providers. You might find that its differences are perfect for your needs.

How does Root Insurance work?

The biggest question people have about this provider is, “how does Root work?”

Root Insurance produces quotes and adjusts existing customers’ rates based on data collected through telematic technology. You’ve probably heard other insurance companies talk about telematics as part of a discount incentive program, but they don’t use it to set your rates, which is what Root does. To put it simply, Telematics is essentially a way to see how your car is behaving using GPS.

To get a quote from Root, you must first download the Root mobile app to your Android or Apple smartphone and carry it with you while you drive. You’ll then do a 2-3 week “test drive” while the app collects and sends data about your driving behavior back to Root.

Using your phone’s GPS, the mobile app collects data on:

After the test-drive period, Root will send you a quote if it likes what it sees.

Like traditional car insurance companies, Root allows you to choose the amount of coverage you want and set deductible limits.

Except for reduced rates based on good driving habits, good telematic reports and low mileage, Root does not offer discounts. It believes customers shouldn’t have to work or apply for them. It believes they should happen automatically.

Rating services such as Moody’s, Standard & Poor’s and AM Best have not produced financial ratings for Root, so there aren’t that many professional Root car insurance reviews.

According to an August 2019 Wall Street Journal report, Root secured $350 million in funding from Coatue Management and DST Global, elevating its valuation to $3.65 billion. If and when AM Best reviews Root, this should help significantly.

The Better Business Bureau gives Root an A+ rating but there are 138 customer reviews primarily consisting of complaints. Most complaints filed with the BBB against Root center on rate increases without notice or discernible reasons. Some customers report that Root is reluctant to pay out claims. Other customers point to failures in the Root app, claiming that the technology cannot distinguish when a user is a driver or passenger (though Root refutes this). One Root insurance review claimed her Root driving score drastically dropped after riding in a rideshare vehicle.

Though S&P hasn’t officially given Root a rating, it has taken notice of it. A report by S&P Global states that Root still has a long road ahead of it before it can reach true profitability, but that it is presently “growing like a weed” in many states. For now, S&P says that Root is adequately capitalized and that it has made several smart decisions recently to scale back that will help its growth and longevity in the years ahead. Expect a formal grade in the not-so-distant future from S&P as Root continues to grow.

Lastly, overall Root insurance reviews for the app are good. On the Apple store it has 4.7 out of 5 stars with almost 44K votes. On Google, 30,000 votes have given Root an average rating of 3.8 out of 5.

Root says, “30% of drivers cause nearly 45% of all accident costs.” At its core, Root is about not penalizing policyholders for other people’s mistakes. When you think about it like that, Root sounds like a no-brainer. If you’re a good driver, you’re treated like one.

With that in mind, Root auto insurance is best suited for people who are comfortable with an app-based insurance company. While Root does staff a call center to field customer calls, they encourage policyholders to communicate through the mobile app, even when filing a claim.

If working towards discounts and communicating through personal customer service is what you look for in a car insurance agency, Root isn’t for you.

Root is not just the new kid on the block. It looks and behaves like no other provider. Because Root’s system determines rates based on driving habits, it is virtually impossible to conduct an apples-to-apples comparison with other car insurance providers.

What information is needed to get a quote from Root Insurance?

How do I file a claim with Root?

Root Auto Insurance encourages customers to file claims through the Root app. Using the app, you can describe the type of damage sustained and take photos to send to the claims department. Root also offers phone and email support.

Does Root know if I’m the passenger?

Yes, the Root Insurance Company is able to use machine learning to know when you are driving and when you are not driving. For that matter, it also knows if you are riding a bike or taking the subway. It only ever records data when you yourself are driving.