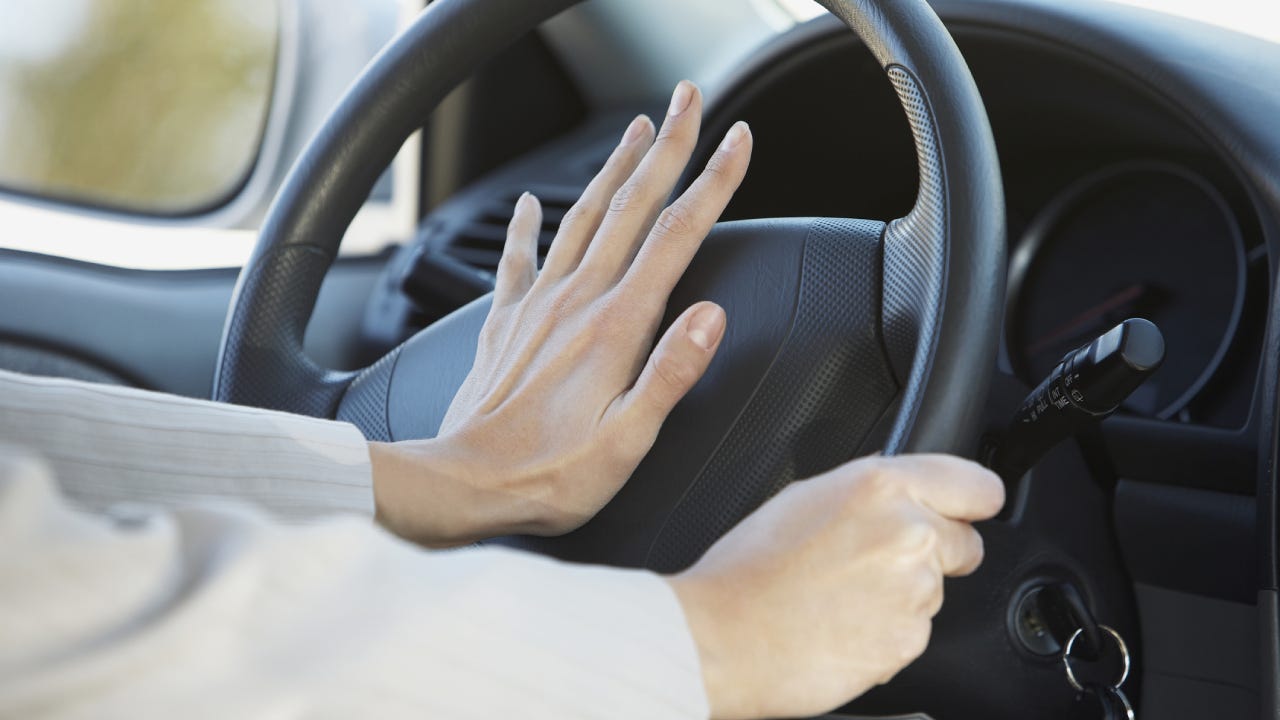 The U.S. has a real problem with too many drivers and not enough roadways to accommodate them. One study from 1990 to 2000 shows that although the number of miles traveled increased by 28.9 percent, the miles of U.S. roadway only grew 2.1 percent in response. So it is not surprising that aggressive driving is a factor in over half of all fatal motor vehicle crashes, according to the AAA Foundation for Traffic Safety. To help shed light on this rapidly growing issue, we compiled the latest statistics and facts about road rage in the U.S.

The Insurance Information Institute (iii) admits that aggressive driving and road rage is “difficult to quantify.” However, these statistics help give a better look into the hidden world of road rage.

What is road rage?

Road rage occurs when a driver experiences extreme aggression or anger intending to create or cause physical harm.

The term road rage dates back to the 1990s when the media dubbed a new term for the growing trend of extreme aggressive driving cases that seemed to be flooding the country. Many legislators have made it a criminal offense to express the severity of road rage while aggressive driving remains a traffic violation in most areas.

Drowsy driving can be hazardous because drivers are proven to experience poor judgment and have delayed reaction times, which can inadvertently cause other drivers to experience road rage. You may also find yourself unable to correctly judge the distance between cars or objects, as well as the speed of your car and those around you. According to the NHTSA, these ‘human errors’ are known to be a contributing factor to aggressive driving.

When you are drowsy, you can also have more trouble regulating your emotions, making you subject to more extreme emotions and behaviors yourself. This is where road rage thrives.

How common is road rage?

In its survey, the NHTSA asks motorists about feelings of safety on U.S. roads. About 60% said their family feels threatened by unsafe driving, while three-quarters of respondents urged for something to be done.

The AAA Foundation for Traffic Safety did a deep dive into the behaviors seen on American roads. The results are staggering.

Based on 214 million licensed drivers in the U.S. at the time, that means about 5.7 million American drivers had bumped or rammed another vehicle as a response to road rage, while 7.6 million Americans had confronted another driver. Approximately 8 million drivers reported doing both.

Some states have significantly worse drivers than others.

Within each state, certain cities and metropolises are more susceptible to road rage with firearms than others. The Trace study lists Los Angeles, New York City, Miami, Phoenix, and Tampa as the leading cities for road rage with a gun based on 2014-2016 data.

There’s no question that the issue of road rage becomes much worse with each passing year. From 1990 to 1996, there was a 51% increase in serious road rage incidents. AAA found over 12,500 injuries and 218 deaths could be linked to these acts. The number has steadily increased at a rate of 7% each year. More recently, two out of three U.S. drivers told AAA they believe aggressive driving has increased considerably within the last three years.

The NHTSA provides a clear illustration of the human toll paid from aggressive driving and road rage. In 10,000 cases of road rage, researchers accounted for the deaths of innocent bystanders, counting a total of 33,521 pedestrians and 4,782 bicyclists. There were a further 531,000 pedestrians and 385,000 bicyclists who were injured as a result of road rage.

Certain behaviors surface again and again in fatal accidents. Not so coincidentally, many of these behaviors also coincide with road rage.

According to the NHTSA, fatal road rage incidents occur most frequently at 10 p.m., and the instances of deadly road rage-related accidents are higher on Sundays and Mondays and during the summer months. The organization also notes specific behaviors associated with crashes in which there was at least one fatality.

One of the most significant factors, however, is societal pressure. From work to school and all of our family’s needs, there is much to balance. Timeliness is often non-negotiable, and as America’s roads fill more and more, traffic awaits at every corner. The NHTSA reports that the average mother drives an average of 29 miles each day and spends more than one hour driving between an average of five stops.

Is your commute contributing to road rage?

Road rage tends to affect those who spend a lot of time on the road, and that’s most often commuters. Again and again, traffic congestion is cited as a leading factor in aggressive driving incidents.

The NHTSA notes in its study that the rise in aggression and rage could be directly attributed to the fact that more drivers drive more miles with each passing year. There simply is not enough space to accommodate all of the drivers jamming America’s roads and highways.

The consequences of road rage

Road rage can have significant consequences. Speeding also remains one of the leading factors in fatal crashes, showing that a bit of patience goes a long way when you are behind the wheel.

The NHTSA furnished these numbers based on a 2018 study.

Excessive speeding and reckless driving can also put you at risk for:

There is also the matter of legal consequences. If an officer observes road rage, that driver could be charged with a criminal offense. The consequences can be severe, including court costs, legal fees, penalties and possible imprisonment. If a passenger or another driver is injured, you could be vulnerable to additional legal and financial consequences.

Road rage remains largely ambiguous within the eyes of the law. Most states have not enacted legislation expressly addressing road rage. Instead, just a handful of states across the country have aggressive driving laws.

Texas offers a clear definition for its law, defining reckless driving as “a willful disregard for the safety of persons or property.” A misdemeanor, you could face fines up to $200 and a maximum of 30 days in jail if found guilty.

Massachusetts has the Juvenile Operator Law, also known as State Courts Against Road Rage. This requires teen drivers and certain offenders to complete a SCARR or driver improvement course.

While there is still far to go on the legislation front, today, road rage is generally addressed through other charges, such as property damage, aggressive driving and even vehicular homicide. When there is significant damage, including loss of life, it can lead to criminal offenses.

Car insurance is designed to help provide protection for several incidents, but road rage is not one of them. Nearly every car insurance policy will exclude intentional acts. Allstate is one example, writing into its policies that it will not cover “loss caused intentionally by or at the direction of an insured person.”

That means if you are found guilty of road rage, your car insurance policy may not cover you. You would then be responsible for paying for any losses out-of-pocket. The other driver could also sue for extra damages.

If you are found guilty of road rage or aggressive driving, your insurance company could drop your coverage if you are found negligent. With car insurance required in most states, you may have to file for SR-22 insurance as a high-risk driver.

At the very least, road rage is likely to increase car insurance rates, the amount of which will depend on where you live.

How to prevent road rage

Road rage is everywhere, but there are some things you can do when driving to help ensure that you are not its next victim.

When driving, be sure to abide by the rules of the road at all times and be courteous to your fellow drivers. This includes the following:

As frustrating as U.S. roads can be, road rage isn’t worth the risks and dangers that it brings. The most important thing is to arrive home safely at the end of the day, and road rage will not help you there.