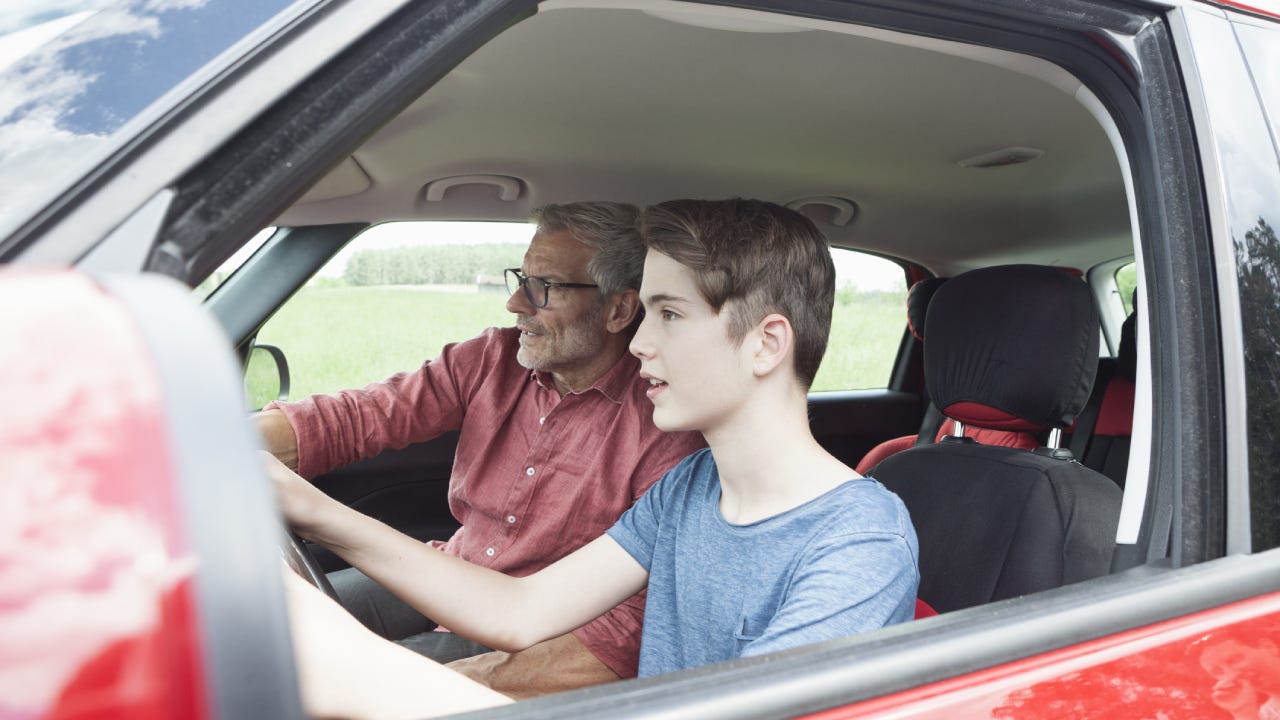 For most teens, getting a driver’s license is a huge accomplishment. The feeling of pride, the thrill of freedom and the excitement of getting a car are unparalleled by other teenage rites of passage. For parents, though, having a teen driver is not nearly so exciting. Along with the worry of having a teen on the road, parents also have to deal with the new financial burden of buying and insuring a car for their teen driver.

Although cars are always a big purchase, there are a variety of options on the market that boast relatively low prices ($10,000 or less) as well as safety features, fuel efficiency and the durability to last for years to come. Bankrate’s editorial team has researched the best cars for teen drivers and determined that seven models stand out from the crowd.

The best cars for teenagers

The Honda Civic has been one of the best-selling small cars in the United States for years, with a winning combination of price, features, safety, reliability and resale value. It is no surprise, then, that it is also one of the best used cars for teenagers.

The sedan was an IIHS Top Safety Pick every year from 2009 to 2017, and nearly every configuration of the car made since the start of the car’s ninth generation in 2012 has gotten a five-star overall safety rating from the NHTSA.

The Civic also has fantastic fuel economy, with EPA estimated averages around 31 MPG. While finding one under $10,000 is not difficult, used 2012 model Civics tend to have anywhere from 50,000 to 100,000+ miles on them, typically past their three-year, 36,000-mile factory warranty. Newer model, lower-mileage Civics with fewer miles typically cost more than $10,000.

The Camry often ranks near the top of the list for one of the best cars for teenagers and one of the best-selling cars in the nation in general. Unfortunately, Camry owners tend to hold onto them for the long haul, meaning a Camry under $10,000 without excessive miles is hard to come by.

The 2011 model gets an estimated EPA 22 MPG in the city and 32 MPG on the highway. The IIHS included the 2012-2014 Camrys on its Top Safety Pick list, and the NHTSA gave the same models five-star overall safety ratings. The 2011 Camry features a six-speed standard or automatic transmission, along with a three-year, 36,000-mile warranty. Highly rated in crash safety tests, and with great longevity, reliability and fuel economy, the Toyota Camry is a great first car if you can find a used one for sale.

The 2011 Hyundai Sonata has a five-year, 60,000-mile warranty and gets an estimated 34 MPG on the highway. The Sonata also comes in a hybrid version with even greater fuel efficiency. Since 2011, all gas-powered Sonatas have earned a five-star NHTSA safety rating and have earned the IIHS Top Safety Pick distinction every year except 2014, making these cars an easy choice for one of the best cars for new drivers.

Used 2011 Sonatas in this price range usually have more than 60,000 miles, while 2016 models have just shy of the warranty mileage limit. Base models come with standard safety features, including front and side curtain airbags and stability control.

Every model of the Nissan Altima since 2014 has earned a NHTSA five-star safety rating. Even in the base models, Bluetooth connectivity and Intelligent Key remote engine start are standard features, while models from 2016 and beyond also feature a rearview camera.

The four-cylinder engine with continuously variable transmission can log EPA estimated fuel economy 38 MPG on the highway, peaking at 39 MPG on the 2016 model. In this price range, expect to find 2014 models with around 60,000 to 80,000 miles – leaving plenty of life to take this ideal car for teens well into the college years.

The Jetta is the smallest sedan that Volkswagen offers, making it a great option for teens who may be intimidated by larger vehicles. The 2016 and 2017 models were IIHS Top Safety Picks, and both years come with vehicle-to-vehicle front crash prevention as an optional safety feature. For teen drivers who are still learning, finding a used Jetta with front crash prevention could ease the worry on parents’ minds.

Parents will not have to give their teens much gas money either, as the 2016 and 2017 Volkswagen Jettas get between 27 and 33 combined city/highway MPG, depending on the specific trim package. The 2016 Jetta hybrid model gets an incredible 44 combined city/highway MPG. Most used Jettas sell for below $10,000, although the more features the car has, the more expensive it is.

The 2015 Ford Focus gets an EPA combined estimated 31 MPG and earned the IIHS’s Top Safety Pick distinction. From 2012 to 2018 (Ford discontinued the Focus in 2019), every style of Ford Focus has earned a five-star overall safety rating from the NHTSA, including sedans and hatchbacks. You can find several Focus models in the $10,000 price range.

The 2015 Focus was the first model to offer a standard back-up camera, with blind-spot detection and lane departure warnings. Ford also offers MyKey, a program that enables parents to program a key that will set limits on the car’s speed and radio volume, as well as seatbelt alerts. While young drivers might not agree, these features secure the Ford Focus as one of the best cars for teens in the minds of many parents.

If you would feel more comfortable with your teen driving a more substantial vehicle, the Ford Escape is a great option. Although this vehicle is at the top of our $10,000 budget, it offers features that may make up for the slightly higher price tag.

Although it was not an IIHS Top Safety Pick, the 2018 and 2019 Escape models did score well in crashworthiness for side impacts and roof strength. Additionally, both years have 5-star safety ratings from the NHTSA. Both years also offer options for forward collision warning and lane departure warning. Finding a used Ford Escape with either or both features could help parents feel more at ease with their teen drivers.

As you are weighing your options for the best used cars for teenagers, keep another factor in mind. To truly keep your teen safe on the road, you need to make sure they have the right auto insurance.

To comply with state law in every state except New Hampshire, your teen needs at least bodily injury and property damage liability coverage. Because your teen is new behind the wheel, you might want to consider things like collision coverage and roadside assistance, too. All told, insuring teen drivers can get pricey, especially when you factor in their increased risk as new drivers.

Fortunately, by choosing an affordable car, you help to keep your premiums low. Plus, we have rounded up the best and cheapest car insurance companies for young drivers to help you find the right policy for your teen.

Why is car insurance for a teenager so expensive?

Statistically, teen drivers cause more accidents than adults do. In 2017, more than 2,300 teenagers died in road accidents and another 300,000 sustained injuries, according to the Centers for Disease Control and Prevention, at a cost of $13.1 billion. Insurance companies base rates on the financial risk incurred by insuring a driver. Typically, car insurance rates for young people with good driving records start to decrease by the time they reach their late teens or early 20s.

How do I know if a car is safe for my teenager?

The Insurance Institute for Highway Safety and National Highway Traffic Safety Administration produce safety ratings on the most popular vehicles. Both organizations maintain a database of auto ratings on their websites, which include older model automobiles, so you can look for the safest and best cars for teenagers.

Are teenagers restricted from driving at night?

Do states restrict the number of teen passengers in a vehicle driven by a teenager?

Most states restrict the number of teenage passengers in a car driven by another teenager. For example, a teen driver in Texas cannot have more than one passenger under the age of 21. Florida, Iowa, Mississippi and North Dakota are the only states with no restrictions. For more detailed teenage driving restrictions by state, check out this table from the IIHS.