When it comes to home renovations, dealing with an older residence can pose a unique challenge. Not just historic houses, either: Even homes built 40 years ago could contain chemical-laden materials, outdated electrical systems and weak roofs — to name just a few problems.

Sometimes the troubles are due to changes in construction codes and standards, and sometimes they’re just due to old age. But if you are thinking about restoring an old home, here are some things you should know before you take on the project — and what you can do about the trouble spots.

1. The walls could be toxic

Many properties of a certain age contain dangerous substances. Of course, it wasn’t known at the time they were built that they were dangerous, and even today these substances are not harmful — unless they are released into the air during demolition or renovations, or through damaged surfaces.

For example, houses that were built before the 1980s are likely to contain asbestos, which can be found in textured paint, steam pipes, spray-on insulation and floor tiles. When you rip up old tiles or tear down insulation, asbestos can get released into the air, causing lung damage in people working on or living in the house.

In addition, it’s important to be aware of lead paint when renovating an older home. The Environmental Protection Agency (EPA) estimates that 87 percent of homes built before 1940, and a quarter of those built between 1960 and 1978 were adorned with lead-based paint, which can cause both physical and mental problems —  particularly for children and pregnant women.

When it comes to renovating a home with toxic chemicals, specifically asbestos, it’s best to call in the professionals. You can test for asbestos yourself, but you need the right safety gear, as well as a respirator, to remove it.

Lead paint may be less of a problem: It can be painted over with lead-free paint. However, if you notice that the walls or ceilings or window sills/frames are peeling, chipping or cracking, it needs to be removed using certain precautions. Again, ask the pros.

2. Mold and mildew is spreading

Older homes are more likely to have moisture problems, due to unidentified leaks and flooding or water damage that was never fixed properly. As a result, mold or mildew may be present, especially in basements and dark spaces. If the home you are renovating is near the ocean, or in a very humid climate, the chance of mold and mildew is even higher.

While the risk is less severe than with lead or asbestos, mold and mildew can cause health problems, especially for those with respiratory ailments or allergies; at the very least, they cause unpleasant smells, and can lead to rot. Molds grow fast, and they won’t go away on their own. So if you find mold or mildew during renovations, it needs to be addressed right away.

Although there are professionals that specialize in safe mold and mildew removal, it’s often possible to get rid of it yourself. But you cannot paint over mold or just cut out a piece of drywall where it is growing — mold can become airborne and spread to nearby areas. Mold can usually be removed using a solution containing bleach or hydrogen peroxide, but you need to wear gloves, a mask and eye protection, and ventilate the space using a box fan or by opening windows.

If you are renovating an older home, there’s a good chance that it will need a new roof. Even quality roofs need to be replaced every 25 to 50 years, on average. Plus, roofs on older homes were often built with wooden shingles, which are susceptible to mold, leaks and fire.

Depending on the year the house was built, there’s also a good chance that the roof needs to be replaced to comply with the current building codes, which specify materials, thicknesses, and construction practices to ensure safety and durability. An old roof may have been okay for its day, but not up to the latest regs.

For example, in some states where wildfires occur each year, roofs are required to be constructed with fire-resistant shingles. There are also codes around roof design: Contractors are required to install a drain at each low point of the roof, unless the roof slope is designed to drain over the roof edges. Having an up-to-date roof can be important for homeowners insurance coverage as well.

Even for the most experienced DIY-ers, replacing a roof should be left up to a professional contractor. They can help you decide what type of roof will be best for your home, and make sure that it meets your local construction standards — or makes sense for your climate. For example, if the home is located in a high-risk hurricane area, you might decide to install a metal roof, which is more resistant to high winds than asphalt shingles.

4. The foundation is unstable

Foundation cracks can occur in any house, but as homes get older, the foundation is more likely to get damaged. There are a variety of things that can create cracks in a foundation, including groundwater, tree roots, poor construction and drainage issues. In addition, many older homes have a brick foundation, which is not as strong and resilient as newer foundations that are made of concrete.

If you notice cracks in your home’s foundation that are bigger than ⅛ of an inch, or cracks that are getting larger, you may need to repair them during the renovation process. You should also keep an eye out for foundation cracks that are accompanied by bulging, which can indicate a more serious structural issue.

It’s fairly simple to repair small cracks (¼ inch or smaller) with store-bought epoxy sealer. However, larger cracks that are ½ inch long or bigger are better addressed by a professional. The same holds for foundation walls that are out of alignment or bulging.

5. The electrical wiring works but is out-of-date

It’s been over a century since electricity became commonplace in residences, and electrical wiring methods and regulations have changed a lot in that time.

Many older or historical homes have knob-and-tube wiring, which was widely used until the 1930s. It’s not illegal and it’s still acceptable under today’s electrical codes.

However, knob-and-tube wiring is not the most ideal system for contemporary usage. It does not have a grounding pathway, so it’s more likely to damage your electronics. In addition, knob-and-tube electrical systems don’t have three-prong outlets, which many appliances require today. And the wire coating can be well on the way to wearing off; if it does, it exposes a live wire (which can cause an electrical fire).

Also, knob-and-tube wiring has some limitations when it comes to the restoration of a historic house. For example, you cannot put insulation over a knob-and-tube electrical system because the wires can easily overheat. So, if you intend to insulate or re-insulate your older home, you may have no choice but to replace the entire electrical system.

If your home was built around 1960 or so, you will want to check for galvanized pipes. Made of steel, galvanized pipes were one of the first replacements for lead pipes. Coated in zinc, they are pretty durable — for a time. But over the decades, the coating breaks down, causing the pipes to corrode and rust from constant water exposure. When galvanized pipes become worn, it can increase the risk of leaks and bursting, which can cause serious water damage.

Similar to knob-and-tube electrical systems, galvanized pipes do not have to be replaced. This plumbing system is acceptable under today’s building codes. However, if you notice pipes that are severely rusted, have low water pressure or notice that the water coming out of your faucets is discolored, you should think about replacing the plumbing system.

Depending on the size of your home, replacing galvanized pipes can be a lengthy process. However, it’s best to replace the pipes during the early stages of renovation. Replacing the plumbing will involve cutting into walls and floors, and replacing rusted and corroded pipes can be messy.

This is not to put you off historic housing. Just be aware that, even if it appears to be in great shape, an old home can have hidden troubles — and if it’s a fixer-upper, the problems can be even more acute. Consider and check on these often less-than-obvious concerns, and factor fixes for them into your renovation budget.

SHARE:
Written by Elizabeth Rivelli Insurance Contributor
Read more from Elizabeth
Elizabeth Rivelli is a contributing insurance writer for Bankrate and has years of experience writing for insurance domains such as The Simple Dollar, Coverage.com and NextAdvisor, among others
Edited by
Troy Segal
Edited by Troy Segal Senior homeownership editor
Troy Segal is Bankrate's Senior Homeownership Editor, focusing on everything from upkeep and maintenance to building equity and enhancing value.
Troy Segal
Senior homeownership editor 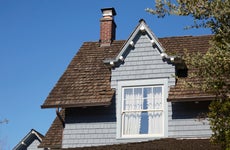 Building materials that are illegal in homes now 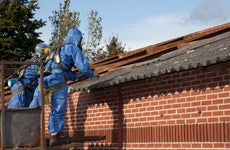 Do home inspections check for asbestos? 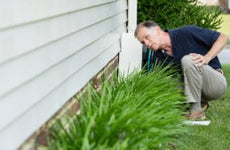 Inspect these 6 things before buying a house 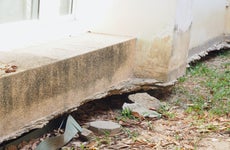