Where to meet the rich 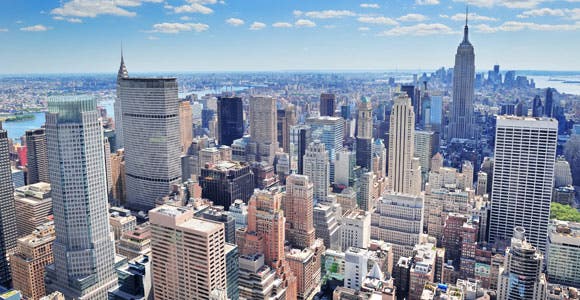 Want to mingle with the rich? Your chances are greater in a place like Monaco where the rich are, well, rich on the ground.

New York City has the highest per capita concentration of millionaires in the U.S.

A study by Spear’s and WealthInsight reveals that nearly a third of the population of tiny Monaco, on the French Riviera, can claim a net worth of at least $1 million.

If you prefer cooler weather, head to Switzerland, where Zurich and Geneva are close behind. They’re followed by New York, where 4.63 percent of the population are millionaires.

The only other U.S. locations to make the list of the top 20 global cities with the highest density of millionaires are No. 18 Houston and No. 19 San Francisco, each with approximately 2 percent of the population claiming a net worth of $1 million or more.

The rich can live anywhere, but what attracts them to specific cities are favorable tax policies, political stability, ready access to private banks and wealth managers and outstanding culture and heritage, according to WealthInsight analyst Oliver Williams.

He adds in a press release that the ranking of cities is important precisely because the rich are known to pick up stakes and go where their dollar has the most value and they can enjoy spending it. “Wealthy individuals, more than any other group, will change their home and even their domicile based on these factors.”

Inherited wealth is not all it’s cracked up to be: Check out seven of the common afflictions that plague heirs.