The most charitable country 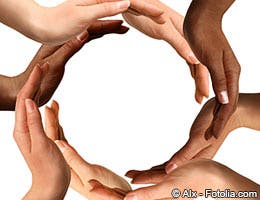 Americans are well-known for their generosity and willingness to respond to those in need. If we’re criticized for anything, it’s for donating more of our money than our time. But a new generation may be changing that dynamic, according to the most recent World Giving Index.

The index ranks 135 countries based on survey results of three giving behaviors in 2012: willingness to help a stranger, giving money to charity and volunteering time. The average of all three behaviors provides the ranking.

The U.S. tops the list of most generous countries overall, although it doesn’t rank highest in either donating time or money. Of all the nationalities, Americans (77 percent) were the most likely to help a stranger. Sixty-two percent of Americans donated money to charity in 2012 and 45 percent volunteered time.

Myanmar was the country with the highest proportion of its population giving money to charity (85 percent). Overall, that country came in third on the list of most generous countries. Residents of Turkmenistan (57 percent) were the most willing to volunteer time.

While overall the world became a more generous place in all three giving behaviors, the driver was the growth in the number of people willing to help a stranger, according to the survey. An additional 200 million people said they helped a stranger in 2012, more than double the growth of those donating time or money to charity. Men were more likely to help a stranger than women, who were more likely to give money to charity.

After the U.S., the most generous country overall in 2012 was Canada. Third was Myanmar, followed by New Zealand and Ireland.