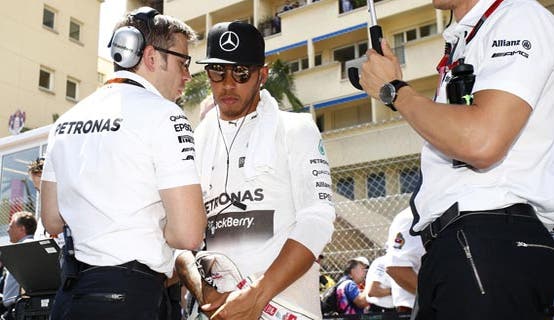 Formula One racing is a combination of high-speed performance and high-stakes risk, heightened with a shot of glamour. But for drivers who stay the course and conquer the odds, it delivers a lucrative payoff.

Wealth-X compiled a list of the richest Formula One drivers of all time, with retired German driver and seven-time world champion Michael Schumacher claiming the top spot. His estimated net worth of $780 million represents 43 percent of the combined wealth of all the drivers on the top-10 list.

Schumacher is currently recovering from the severe head injury he suffered in a skiing accident two years ago.

No. 2 on the list belongs to Fernando Alonso. The McLaren driver has a net worth of $220 million. Coming in third is Kimi Raikkonen, a Ferrari driver with an estimated fortune of $180 million.

Reigning world champion and Mercedes driver Lewis Hamilton is fifth on the list, with an estimated net worth of $110 million.

His rival and teammate, Nico Rosberg, who just claimed victory at the Monaco Grand Prix Sunday and was second behind Hamilton in last year’s World Championship, is 10th on the list, with an estimated fortune of $30 million.

Sebastien Vettel, who at 27 is the youngest driver to make the top 10, has an estimated net worth of $45 million, which lands him in the ninth spot.

Hamilton, who hails from Great Britain and is a two-time World Championship winner, turns 30 in July. While he suffered a heart-breaking loss in Sunday’s Grand Prix at Monaco, his shrewdness off the track may have improved his mood.

Mercedes chose Monte Carlo to announce that Hamilton has inked a three-year extension on his contract for approximately $155 million. The deal not only earns him the title of highest-paid Formula One drivers, but puts him in the hall of fame for one of four highest-paid living athletes, along with Barcelona soccer star Lionel Messi and boxers Floyd Mayweather and Manny Pacquiao.