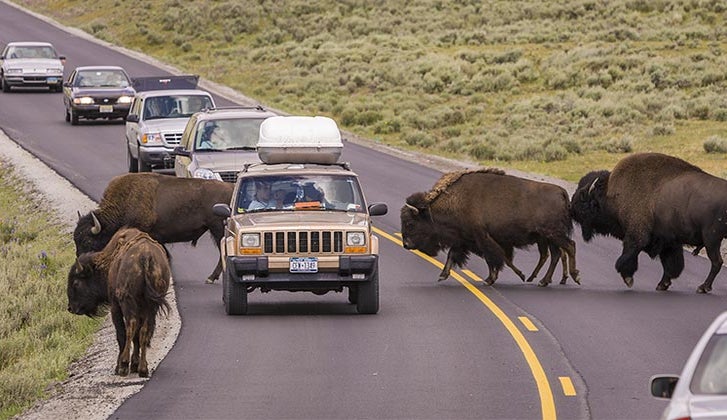 Horace Greeley’s advice to “Go West, young man” is still worth taking if you’re looking to start a business. A recent survey of state business tax climates found that 7 of the top 10 locations for companies are west of the Mississippi River.

The Tax Foundation, a nonprofit tax policy group in Washington, D.C., takes an annual look at each state’s tax code, analyzing more than 100 variables in 5 tax categories to determine which jurisdiction is the most competitive.

States are penalized if the Tax Foundation’s analysts find they have overly complex, burdensome and economically harmful tax codes. States get bonus points for having transparent and neutral tax codes that do not unduly prompt businesses to make decisions in response to potential tax effects.

This year, Wyoming once again takes the top honor of having the most competitive tax code in the country.

Making the 2017 most competitive list, in order of ranking:

In addition to geography, a common trait among many of this year’s top business climate states is that they don’t collect a major tax.

Wyoming, Nevada and South Dakota have no corporate or individual income tax, although Nevada does impose gross receipts taxes. There is no sales tax in New Hampshire, Montana or Oregon.

RATE SEARCH: Need a personal loan? Get matched to the best loan for you at Bankrate.com today!

Bringing up the bottom

New Jersey, meanwhile, remains stuck at the bottom of the tax pack.

Joining the Garden State in being least competitive according to the Tax Foundation’s analysis and going from 41st to No. 50 New Jersey are Louisiana, Maryland, Connecticut, Rhode Island, Ohio, Minnesota, a tie between Vermont and Washington, D.C., California and New York.

The Tax Foundation says that states in the bottom 10 tend to share a number of shortcomings. Their tax codes are complex with comparatively high rates.

They also lack the neutrality factor. This means that their tax structures tend to force businesses to make decisions based on tax reasons instead of primarily economic merits.

New Jersey, notes the Tax Foundation, also has some of the highest property tax burdens in the United States and is one of just 2 states to levy both an inheritance tax and an estate tax. Maryland, which joins N.J. in imposing both types of so-called death taxes, also made the 2017 worst tax climate list.

Like all top and bottom 10 lists, there’s room for disagreement. Given state residents’ allegiance to their homes, there’s a good chance that such debates about a state’s tax merits or disadvantages could get heated.

The Tax Foundation acknowledges that.

“Our goal with the State Business Tax Climate Index is to start a conversation between taxpayers and policymakers about how their states fare against the rest of the country,” said Tax Foundation Policy Analyst Jared Walczak. “While there are many ways to show how much a state collects in taxes, the Index is designed to show how well states structure their tax systems, and to provide a road map for improvement.”

Did your state make the best or worst tax system list? If so, do you agree with its ranking?

You can get an overview of your state’s taxes at Bankrate’s Tax Center, where you also will find federal and state tax news, filing tips and calculators.