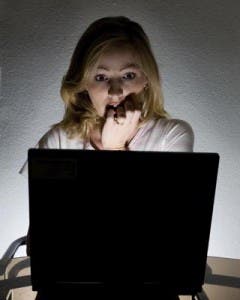 When Internal Revenue Service Commissioner John Koskinen predicted it was going to be a rough tax filing season, we all thought he was offering a general warning.

Intuit, however, must feel like it’s the bull’s-eye in the tax trouble target.

As tax filing season 2015 kicked off, users of TurboTax, the tax preparation software produced by Intuit, were ticked off by changes that forced them to upgrade to costlier versions. The company apologized, offered $25 refunds and reportedly will revert to the previous software programs next year.

Now TurboTax is facing a second filing problem, this time in connection with state tax returns.

TurboTax has temporarily halted transmission of state e-filings because of fraud concerns.

The company and state tax departments across the country have expressed concern in an uptick in suspicious filings and attempts by scamsters to use stolen information to file fake state tax returns in order to claim fraudulent refunds. The issue has appeared in states that require their residents to e-file.

The move, notes Intuit in a statement, is purely precautionary, and the suspected tax fraud activity did not result from a security breach of its systems. Rather, the information used to file fraudulent returns was obtained from other sources outside the tax preparation process.

Intuit is working with third-party security expert Palantir on a preliminary examination of recent fraud activities, and decided to pause state filings while it works with state governments to assess and resolve the issues.

“We understand the role we play in this important industry issue and continuously monitor our systems in search of suspicious activity,” said Brad Smith, Intuit president and chief executive officer. “We’ve identified specific patterns of behavior where fraud is more likely to occur. We’re working with the states to share that information and remedy the situation quickly. We will continue to engage them on an ongoing basis in an effort to stop fraud before it gets started.”

If you’ve already filed your state return with TurboTax, you don’t have to do anything else. Once the company and state tax officials are satisfied that things are secure, your filing will go through the system as expected.

TurboTax also notes that the fraud concerns and the hold on e-filing does not affect federal income tax returns.

Customers, however, who believe they are victims of tax fraud can call Intuit’s special toll-free number at (800) 944-8596 to speak with identity protection agents who will provide support and filing assistance.

Intuit also is offering identity protection services and free credit monitoring, as well as access to all versions of its software or the assistance of one of the company’s credentialed tax experts who will prepare taxes for affected customers at no expense.