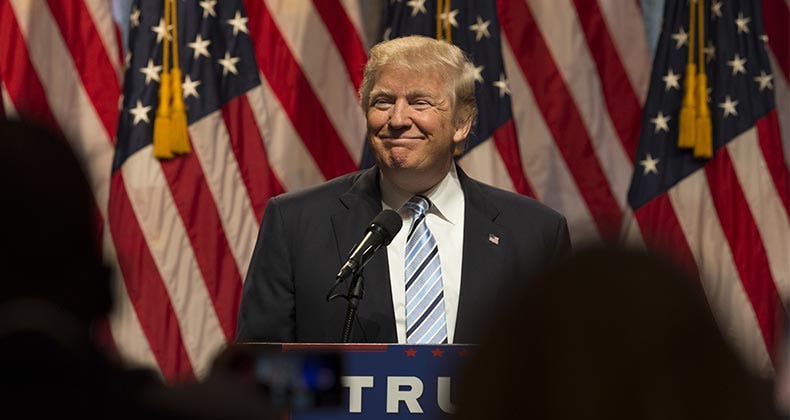 A group that advocates for nonprofit organizations is not very charitable in its analysis of Donald J. Trump’s latest tax proposal.

The Alliance for Charitable Reform says the Republican presidential candidate’s decision to change his original tax plan so that it would limit the itemized deductions of higher income taxpayers hits exactly those donors that account for the bulk of individual giving.

In his original tax proposal, Trump called for a limit on the amount of itemized deductions a filer could claim except for charitable contributions and mortgage interest. That would have let donors take full tax credit for their gifts to Internal Revenue Service-approved 501(c)(3) nonprofits.

Many in the nonprofit community, however, feared that proposal was too good to be true, since Trump also said when he released his first tax plan in the fall of 2015 that he wanted to pay for his proposal by eliminating loopholes used by the very rich.

Since big-dollar donors tend to be in the upper income group, charitable groups were on high alert.

Their trepidation was warranted.

Analysis of Trump’s original tax plan by the Tax Policy Center revealed that it would cost nearly $10 trillion over 10 years. So the Trump camp revised his initial proposal.

Rather than reinvent the tax plan wheel, the GOP presidential candidate decided to incorporate into his plan many of the tax reform ideas released this summer by the House Republican leadership. The change that got most of the attention when Trump announced his plan changes on Aug. 8 was the elimination of his original 0% tax rate.

But in order to whittle down the cost of his new tax proposal, which is now pegged at almost $6 trillion over a decade by the Tax Foundation, Trump also made some other policy modifications, including the cap on itemized deductions that has upset the Alliance for Charitable Reform.

He would, as the nonprofits feared, cap the amount of all itemized deductions, including charitable gifts, that taxpayers could claim.

Schedule A limits already in place

Taxpayers already face a limit on their overall itemized deduction amount on Schedule A when they make more than a certain amount for their filing status.

I’m taking a dangerous step when it comes to taxes in general and with regard to the GOP White House seeker in particular, but I’m presuming the married filing separately limit would be half the joint filing limit. And while Trump didn’t specify, I’m also presuming the $100,000 income limit for singles also would apply to single parents filing as head of household.

That’s a dramatic cut in the value of higher income taxpayers’ itemized deductions.

And it has upset the Alliance for Charitable Reform, which is a project of the 501(c)(3) tax-exempt group The Philanthropy Roundtable.

Swirski says the “full scope and value of the charitable deduction” is critical, not just for philanthropic taxpayers, but also for the nonprofits that receive the donations and the communities they serve.

“It is unique among all other credits and deductions because it encourages individuals to give away a portion of their income for the benefit of others,” says Swirski.

Would Trump’s lower limit on itemized deductions affect you? Would it change whether you give at all or how much you currently give to charity?

Keep up with federal and state tax news, and find filing tips and calculators at Bankrate’s Tax Center.