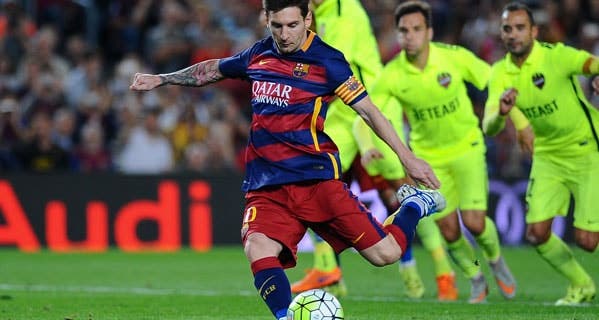 The IRS is making progress in tracking down foreign accounts that U.S. taxpayers use to hide money. On Sept. 30, it began exchanging tax information with some foreign governments, making it easier to find untaxed offshore accounts.

While that’s a big step for the American tax collector, the United States is still behind when it comes to aggressively going after tax evaders.

Who are we chasing when it comes to chasing down tax cheats? A recent study by CXC Global, a worldwide workforce management consultant, identified the 10 countries with the most aggressive approach to dealing with tax scofflaws.

Spain is no surprise. That country is working to get its economy on firmer footing and every tax dollar helps.

Just ask international futbol (or soccer, as we call it) star Lionel Messi and several of his fellow players who are facing investigations by Spanish officials into their tax affairs.

And royalty is not immune. Spain’s Princess Cristina had her title as Duchess of Palma de Mallorca stripped as a result of tax-related allegations that have embarrassed the monarchy. She and her husband are awaiting trial on embezzlement and tax fraud charges.

Meanwhile, Brazil is seeking to clean up its image and add to its treasury as it prepares to host the 2016 Summer Olympics. And Russia’s appearance on the tough-on-tax-cheats list also is indicative of that country’s financial woes, as well as President Vladimir Putin’s tough style of leadership.

Although the United States did not make the top 10 list of countries tough on tax evaders, expect Uncle Sam to continue to upgrade his efforts, especially when it comes to foreign accounts. The United States is part of a global initiative to stem tax evasion.

The effort is being led by the Organization for Economic Cooperation and Development, which recently issued a package of new standards as part of an overhaul of the international rules for taxing company profits. The leaders of the group of 20 largest world economies are expected to agree to the changes, which supporters say will help global governments get back between $100 billion and $240 billion in revenue they lose to tax evasion each year.

The bottom line is that when it comes to taxes, cheaters worldwide are running out of places to hide.