Time running out for tax procrastinators 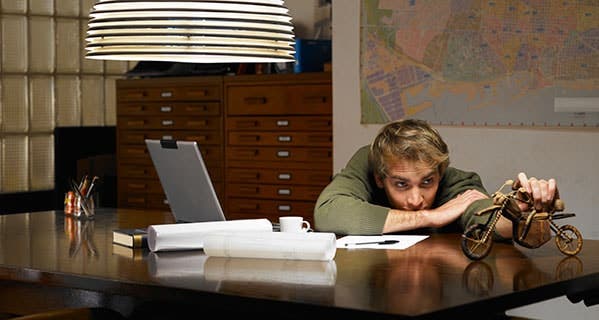 Through April 1 of this year, the IRS had received 97.6 million returns, down 1.4% from the 99 million it had in hand at this time a year ago.

It doesn’t matter whether folks are filing their own returns or letting a tax professional take care of the job. When it comes to taxes, a lot of us — and yes, I’m one of them — put the task off until the last moment … or beyond.

A few days more this year

2016 is a tax procrastinator’s dream year. The April filing deadline is 3 days later, on Monday, April 18, because the usual April 15 deadline is a federal holiday (Emancipation Day in Washington, D.C.) that falls on Friday, pushing the due date to the following Monday. (The deadline is April 19 for taxpayers in Maine and Massachusetts, due to the Patriots Day holiday in those states.)

And the good news continues for those who want to put off filing even longer.

By filing Form 4868 by April 18, we get 6 more months to file. And that October due date is not on the 15th this year, but on Monday, Oct. 17, because the usual extended deadline is on Saturday.

Waiting despite advice to file early

Tax professionals and the IRS urge us to file early, in part to ensure that we don’t fall victim to tax identity theft. Tax crooks try to file fake returns using real identification information before the legitimate taxpayers file their real returns.

But no. We wait until we absolutely have to file our tax returns.

Why? The excuses … I mean reasons … are legion.

Jonathan Barsade, CEO of Exactor, a maker of sales tax compliance software, chalks much of our tax filing hesitancy to human nature.

“We all like to defer things we don’t like to do,” says Barsade. While we know it’s irrational, there’s a part of us that thinks if we put distasteful things, like taxes, off long enough, maybe they’ll go away.

If only we were so lucky!

Not really that much time

Barsade also says we shouldn’t be too hard on ourselves or others who put off completing taxes. “To be fair, there isn’t really as much time as we think there is,” he says.

Yes, technically, we have 3 1/2 months. But our filing time frame is dramatically cut because all the tax statements necessary to fill out 1040s usually don’t arrive until early or mid-February.

“By the time you get them all in, you only have about a month and a half to complete a return,” says Barsade.

That means the pressure is ramped up. And few of us like to work under pressure. Even fewer enjoy doing our taxes in such situations.

Such a mindset often leads to hurried filings that in turn produce errors on returns.

Barsade, whose Philadelphia-based company helps businesses comply with their taxes, says individual taxpayers should treat their tax responsibilities as a business, too.

“Treat the financial and accounting and taxes as if you were running a small business,” he says. “$30,000 to $40,000 or $30 million to $40 million, the numbers are different, but the concept is the same. Be careful with numbers. Send the right returns to the right agencies.”

Still, Barsade acknowledges that even with a get-to-it mindset, “the personal income tax is not a simple thing to deal with.”

So rather than make a mistake due to a hurried, last-minute filing, get that extension.

Extension to file, not pay

Just remember, you must send in any tax you think you’ll owe with your Form 4868. The extension is for your tax form filing only, not an extension to pay any due tax.

Because of that requirement, Barsade suggests just finishing the whole task now.

“You still need to make an estimated payment, still need to complete the numbers to get to that,” he says. “If you procrastinate in April, you’ll probably put off the ultimate filing until the ultimate deadline and you’re already doing 70% to 80% of the work now.”

Ah, but the allure of more time. More time! Sometimes it’s just too hard to resist.

Regardless of whether you hunker down this week and get your 1040 done by Monday or opt for an extension, Bankrate’s Tax Center has lots of resources to help you do your tax filing job correctly.