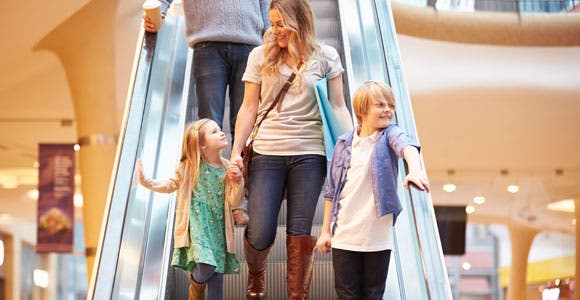 Thousands of shoppers are likely still recovering from their recent mall blitzes. A dozen states held sales tax holidays this past weekend, with folks rushing to stores to save some tax cash on clothing, school supplies and even computers.

But the fun isn’t over. Four more states have sales tax holidays in August.

Texas shoppers can pick up a variety of tax-free items Aug. 8 through Aug. 10.

Maryland shoppers get a week of no-sales-tax shopping from Aug. 10 through Aug. 16.

Connecticut wraps up the end-of-summer sales tax holidays with savings for its residents from Aug. 17 through Aug. 23.

The annual events are warmly welcomed by folks who love picking up items at the expense of the tax collector.

A survey commissioned by the National Retail Federation found that families expected this summer to spend slightly more on back-to-school items than last year.

The average family with school-age children spent almost $635 last August on apparel, shoes, supplies and electronics. This year, the amount is projected to be just more than $669 on similar items, a 5 percent increase.

Depending on state and local sales taxes that are waived, savvy shoppers could save a pretty penny.

Since shoppers, many of whom also are voters, love tax holidays, state lawmakers keep them on the books.

That’s not just my opinion, although I said so four years ago when I looked at why some folks say the popular tax holidays are bad tax policy. Lots of tax policy folks agree.

The Tax Foundation, a tax policy nonprofit in Washington, D.C., made its anti-tax-holiday point in a 2013 report.

“If a state must offer a ‘holiday’ from its tax system, it is a sign that the state’s tax system is uncompetitive,” wrote Joseph Henchman, vice president of the Tax Foundation’s legal and state projects, in the report that was reposted on the organization’s website as the 2014 tax-free days approached. Consumers would save more, said Henchman, if state lawmakers simply cut the sales tax rate year-round.

North Carolina is trying that approach. After 12 years of back-to-school tax holidays, Tar Heel State shoppers had to do without the no-tax sales this August. The event was canceled last year when state lawmakers revamped North Carolina’s tax system.

Some in Arkansas are suggesting a similar approach in the wake of that state’s just-completed tax holiday weekend.

The Arkansas Project, like many other government policy observers and analysts over the years, argues that sales tax holidays are merely gimmicks that do little economic good. A better tax policy, tax holiday opponents contend, is eliminating most special exemptions and lowering all tax rates.

But that’s hard work that requires hard decisions that could alienate crucial voting and special interest blocs. That’s why most lawmakers, at federal as well as state levels, prefer the easier route of special tax-cutting events.

And they’ll continue to do so until shoppers and voters demand more.