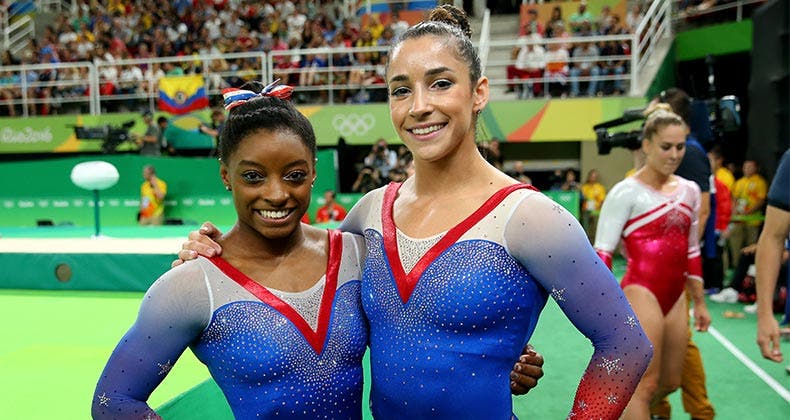 Winning an Olympic medal is hard, but Congress is closing in on something that is almost as momentous in the political world.

Federal lawmakers are one step closer to passing a piece of legislation that is expected to be signed into law by President Obama.

The measure that’s bringing almost everyone on Capitol Hill together is expected to provide some tax relief to certain Olympians.

On Sept. 14, the House Ways and Means Committee approved a bill that would exempt many Olympic athletes’ medals and prize money from taxation.

The United States Appreciation for Olympians and Paralympians Act, introduced on Aug. 15 by Reps. Robert Dold, R-Ill., and Blake Farenthold, R-Texas, is similar to one passed in July by the Senate.

The bill, approved by a voice vote of the House tax-writing committee, would, for the most part, exempt from taxes the value of Olympic and Paralympic medals athletes win, as well as prize money awarded to medalists by the U.S. Olympic Committee.

And there’s good news for some of the U.S. Olympians who brought home a record-breaking 121 gold, silver and bronze medallions from their efforts in Rio de Janeiro this summer. ]

The House bill would apply retroactively to medals and prizes competitors earned in 2016 as well as to winners in future Olympic games.

By now, savvy Bankrate Taxes Blog readers have noticed the repeated use of the word “some” and, pardon me, some hedging on the bill’s reach.

That’s because, like most things tax-related, there are some limitations in connection with the House’s version of tax relief for Olympians.

The Ways and Means Committee added an amendment, offered by Rep. Bill Pascrell, D-N.J., to target the tax relief to lower earning athletes. The tax exemption now applies only to athletes whose adjusted gross income is less than $1 million.

I suspect Phelps, who’s among the 8 richest athletes who competed in the 2016 summer games, won’t be too worried. His estimated $55 million can help him hire plenty of tax experts to find him other savings when he files his return.

From the political side, the income limitation on the Olympics’ medals and prize money measure eases a concern that it was just another handout to wealthy athletes.

While many view the Olympians’ tax relief effort as a bit frivolous, others think it’s a fine thing to do in honor of the work that the athletes put into winning for their country.

“Team USA athletes train for years to have a chance to compete in the Olympic and Paralympic games. This comes at a great personal sacrifice and — often times — a significant family expense,” Brady said in remarks opening the committee hearing to consider the Olympics and other tax bills.

“Yet, after these athletes excel in their sport and bring home a medal, the IRS welcomes them home with a tax bill. Congressman Dold’s legislation would change this and ensure that Team USA athletes will never face a larger tax burden for winning Olympic and Paralympic medals,” added Brady.

The Republican House leadership has said they will put the Olympic medal tax bill on the calendar. Once it passes there and is ultimately reconciled with the Senate bill, it will head to the Oval Office where the president is expected to sign it.

Maybe when that happens, the White House will set up a podium a la the Olympics for the signing ceremony.

Keep up with federal and state tax news, as well as find filing tips, calculators and some tax-related sports items at Bankrate’s Tax Center.