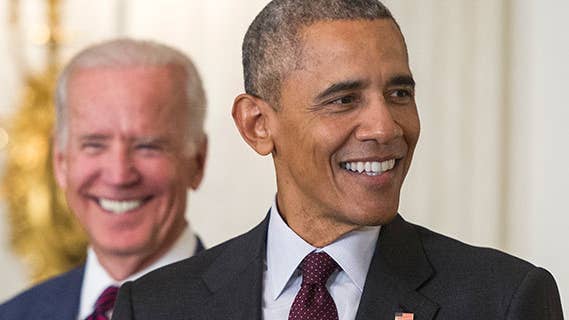 President Barack and Michelle Obama have filed their final tax return from the White House. That means it’s the last time we’ll be able to see the First Couple’s tax details, unless Michelle Obama decides to run for president.

The Obamas’ 2015 joint tax return shows the couple had an adjusted gross income of $436,065 on which they paid $81,472 in total tax. That makes the President’s and First Lady’s effective federal income tax rate 18.7%.

The Obamas reported 2015 business income of $56,069. That came from the President’s side job as an author.

They used part of that outside income to contribute, and claim as an above-the-line deduction, $11,064 to a self-employed retirement account.

The First Couple helped reduce their income to get a lower tax bill by taking a capital loss of $3,000 and total itemized deductions of $145,425.

The biggest Schedule A claim was $64,066 in cash donations to 34 charities.

The recipients included a variety of youth organizations, education groups, food banks, the foundation established after the Sandy Hook elementary school shooting and the one created in the name of Vice President Joe Biden’s late son Beau.

The Obamas, like most Americans, also filed a state income return. They reported paying $16,017 in Illinois income tax.

And like most Americans, the Obamas also got a federal tax refund, although it is notably more than the $2,798 average refund the Internal Revenue Service had sent out through April 8. The Obamas’ 2015 refund amount is $22,859.

They also paid $13,729 in Delaware income tax. Dr. Biden paid another $3,882 in Virginia income tax in connection with her job as a professor of English at Northern Virginia Community College.

Meanwhile, one of the folks who wants to take Obama’s place at 1600 Pennsylvania Avenue released his 2014 tax return.

Bernie Sanders, I-Vermont, is duking it out with Hillary Clinton to be the Democratic presidential nominee. His reticence in releasing tax returns has become part of the political battle.

The Sanders claimed itemized deductions of $56,377, including charitable donations of $8,350. The couple did not release any details on their donations, $8,000 of which were cash gifts.

Clinton’s campaign continues to press Sanders for not only more details on his 2014 filing, but also his 2015 return and prior years’ filings as Vermont’s senator. The former First Lady and Secretary of State has released full returns that she and former President Bill Clinton jointly filed, going back to 2007.

“It has been pretty bad,” Craig Holman, government affairs lobbyist for Public Citizen, an advocacy group, told the AP. “To tell the truth, it’s really only Hillary that’s been fully complying with that expectation that the candidates release all their tax returns. All the other candidates have released just the summary pages … and not the details.”

Among those candidates who are still keeping their taxes private is Donald Trump, who continues to argue that he can’t open his tax records because he’s under audit.

If he does win the Republican nomination, the pressure, from both the Democrats and the voting public, will increase, especially if he faces the more tax-open Clinton.

Do a presidential candidate’s tax returns matter to you in deciding for whom to cast your vote? Are you satisfied with what you’ve seen so far?

You don’t have to reveal your tax details to get filing help. Tax tips, calculators, tax news and more at Bankrate’s Tax Center can help you get the job done.

You also can follow me on Twitter: @taxtweet. But you won’t find my tax details there, either. I’m keeping my taxes private, too!