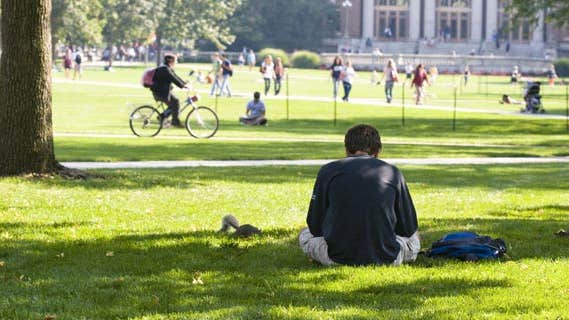 College kids are always trying to scrape together some extra cash. Some Florida students, however, have learned the hard way that committing  tax fraud is no way to obtain spending money.

Eighteen students at Miami Dade College were allegedly involved in a scheme to steal tax refunds, according to federal investigators from the Department of Justice, Internal Revenue Service, Federal Bureau of Investigation, U.S. Postal Inspection Service and Social Security Administration.

Representatives from those federal agencies were on hand Nov. 18 to announce the cracking of a $1.9 million tax refund fraud scheme involving stolen identities and using more than 1,000 student accounts at Miami Dade College. The 18 students charged were among 21 total alleged ID thieves. Seventeen of those charged in the South Florida crime have been arrested.

The individuals are accused of using stolen identities on fraudulent tax returns submitted to the IRS. The fake filings, according to investigators, directed the resulting refunds be deposited into various bank accounts controlled by the defendants.

Most of the bank accounts used to collect the stolen money were serviced by a company called Higher One, Inc., according to the U.S. Attorney’s Office for the Southern District of Florida. Higher One, say officials, provided financial services to colleges and universities across the country, including Miami Dade College.

Federal officials say that organizers of the tax identity theft fraud also allegedly sought to use students’ Higher One accounts to commit other forms of federal benefit fraud, including Social Security fraud.

It’s no surprise that the tax scheme was based in Miami.

A September 2012 report by the U.S. Treasury Inspector General for Tax Administration, or TIGTA, determined that Florida has the highest rate of stolen identity tax refund fraud in the United States. That report also found that Miami’s per capita number of false returns based on identity theft was 46 times the national average, and its per capita stolen identity tax refund fraud was more than 70 times the national average.

The identity theft data gets worse.

In 2013, Florida had the highest rate of identity theft in the United States, according to the Federal Trade Commission, with the crime at near epidemic proportions in Miami.

Worse still, the filing of fake returns using stolen identities is projected to grow. The TIGTA report estimates that the IRS could issue as much as $21 billion in fraudulent tax refunds over the next five years.

College is supposed to be a wide-ranging learning experience, but this definitely is not the type of lesson that parents expect for their kids.

“That this crime has infiltrated life at a college is alarming,” says United States Attorney Wifredo A. Ferrer. “As a community, we cannot permit this type of crime to negatively affect young people and their prospects while in college.”

Ferrer says his office and other investigators plan to work with Miami Dade College and other higher education institutions to ensure that students understand that selling the use of their student bank accounts to facilitate fraud is criminal and carries serious consequences.

Kelly R. Jackson, special agent in charge with the IRS Criminal Investigation division also has a warning for students and others contemplating similar fake filings.

“As we approach the next tax filing season, let me warn others not to be enticed to participate in this type of criminal behavior to make a few dollars,” says Jackson. “People who steal identities to file false tax returns and receive fraudulent refunds will be subject to prosecution.”