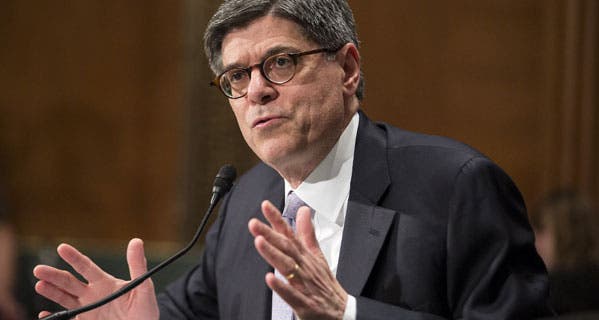 Congress has until Nov. 5 to raise the federal debt limit. If lawmakers don’t act by then, Uncle Sam won’t be able to pay his bills.

The deadline was set by U.S. Treasury Secretary Jacob Lew in an Oct. 1 letter to the Republican and Democratic leaders on Capitol Hill.

The debt limit is the amount of money that the United States can borrow to meet its existing legal obligations. These include payments of Social Security and Medicare benefits, military salaries, interest on the national debt and tax refunds.

The debt limit is not to cover new borrowing, but debts that have already been incurred.

Once upon a time in Washington, D.C., raising the debt limit was routine. Since 1960, Congress has agreed 78 times to permanently raise, temporarily extend, or revise the definition of the debt limit. Those increases have come under a Republican administration 49 times and while a Democrat was in the White House 29 times.

In recent years, however, the process has become politicized.

Members of Congress have used the debt ceiling deadline as a way to pressure colleagues and the president to accept other legislation. This happened in 2011 and 2013, with the U.S. borrowing authority going down to the wire in both cases.

In anticipation of possible problems with raising the debt ceiling, the Treasury secretary can use what are called “extraordinary measures” to slow the impending default.

These include such things as not investing fully in federal employee retirement funds and delaying securities rollovers. Essentially, it’s Uncle Sam’s large-scale version of robbing Peter to pay Paul.

Those measures, however, will only last into early November, warns Lew.

Lew says that “on or about Thursday, November 5 … we would be left to fund the government with only the cash we have on hand, which we currently forecast to be below $30 billion.”

That’s only around half of what the federal government needs on certain days, writes Lew.

Part of the reason that Uncle Sam is running out of money, says Lew, is that the recently paid quarterly corporate and individual tax amounts were lower than Treasury projected.

Will lawmakers with specific legislative agendas hold the country’s financial stability hostage? Maybe. It has happened before.

In his letter, Lew warns against such politicking, saying it could cause “catastrophic damage” to the U.S. economy and global financial markets if, for the first time in history, America fails to meet all of its obligations. Lew also warns that simply waiting until the deadline is imminent also is unwise.

“Moreover, we have learned from previous debt limit impasses that failing to act until the last minute and engaging in partisan brinksmanship can cause serious harm to business and consumer confidence, raise short-term borrowing costs for taxpayers, and negatively impact the credit rating of the United States,” writes Lew. “To remove these unnecessary and avoidable threats, I respectfully urge Congress to take action as soon as possible and raise the debt limit well before Treasury exhausts its extraordinary measures.”

Congress now has less than a month to act. We’ll see how seriously representatives and senators will take Lew’s pleas.