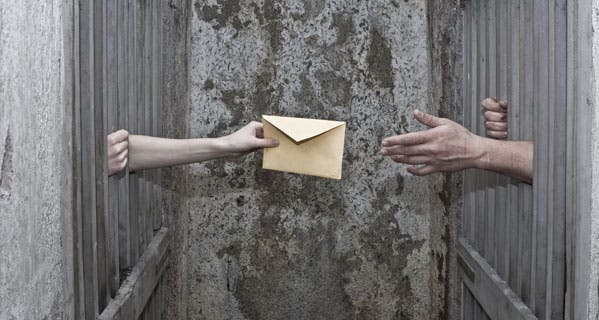 You expect to find tax identity thieves in jail, but in one Alabama lockup the perpetrator was a law enforcement employee.

Devon Tucker, a former jailer at the Troy, Alabama, police department is now behind bars for stealing inmate identities as part of a tax refund fraud scheme.

Tucker pleaded guilty earlier this year to 1 count of conspiracy to defraud the United States and 1 count of aggravated identity theft. The Department of Justice announced Monday that Tucker was sentenced to 32 months in prison, 3 years of supervised release and ordered to pay $13,162 in restitution to the IRS.

The amount Tucker stole is minuscule compared with other tax ID-theft rings that federal officials have busted over the years.

But the 31-year-old former jail employee gets kudos, sort of, for creativity by taking advantage of a literally captive source of tax information.

The Justice Department says that from January 2014 to January 2015, Tucker stole the personal identification information of approximately 150 people who were processed into the Troy city jail.

Tucker then passed along those identities to his co-conspirators for the purpose of filing false federal income tax returns, claiming fraudulent federal tax refunds. For his part in the tax ruse, Tucker was paid in prepaid debit cards in the names of his identity-theft victims.

“It is always a sad day when a law enforcement officer sworn to uphold the law takes advantage of his position for his own personal gain,” said U.S. Attorney George L. Beck Jr. in announcing Tucker’s sentencing.

If someone steals your identity, let the IRS know as soon as possible. The agency has a special division to help taxpayers get the tax refunds that criminals stole, although the process is not easy, and it typically takes a while to clear up the tax ramifications.

Are you worried about someone stealing your identity? Find out for sure at myBankrate, where you can get a free credit report.