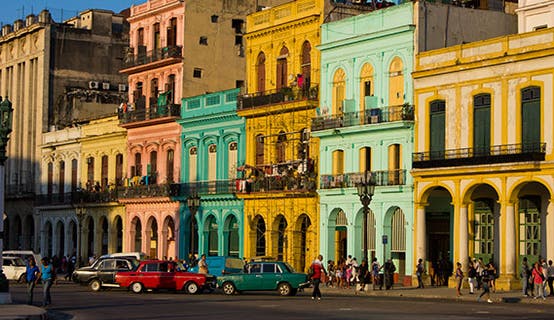 President Barack Obama is heading to Cuba next week. When Air Force One lands on that island nation on March 20, Obama will become the first U.S. commander in chief to visit Cuba in 88 years.

In advance of that historic visit, which the administration hopes will eventually lead to fully normalized relations, the U.S. Treasury is making some changes in the tax treatment of some Cuban earnings.

The United States taxes all income its taxpayers earn worldwide. But when an individual also pays taxes to the foreign country from where the money came, that person essentially is facing double taxation on the money.

One way to counter that duplicative taxation is to let U.S. taxpayers take a credit against the foreign taxes they paid. That works out well unless your income comes from one of the countries that the United States does not have diplomatic relations with or which the Secretary of State has designated as a country that repeatedly provides support for international terrorism.

Cuba has been on this list of prohibited countries for almost 3 decades. But with the renewed diplomatic ties, Revenue Ruling 2016-08 takes it off the list and retroactively applies tax credit claims to Dec. 22, 2015.

In addition to spending March 20-22 in Cuba as the leader of the United States, Obama also has opened up the country for the rest of us.

The White House announced today, March 15, that it will allow individuals to travel to Cuba for people-to-people educational trips, as well as lift limits on the use of American dollars in transactions with Cuba.

Previously, Americans were permitted to take educational trips to Cuba as part of a tour group. Now individuals can make Cuba travel plans on their own.

The new rules also will let Cuban citizens earn salaries in the United States and will find it easier for dollars to be used in those financial transactions.

But what about when U.S. citizens regularly start making money in Cuba?

That’s something that will happen eventually when companies begin expanding to the island. AT&T and the Starwood and Marriott hotel chains already are working on Cuba business deals.

Another part of the Internal Revenue Code allows U.S. taxpayers working in other countries to exclude a portion of those foreign-taxed earnings from their U.S. tax filings. For the 2015 tax year, that amount is $100,800. For 2016, the inflation adjusted amount is $101,300.

But look for this to change, too, as we get diplomatically closer to our island neighbor just 90 miles off the Florida coast.