IRS could be forced to use debt collectors 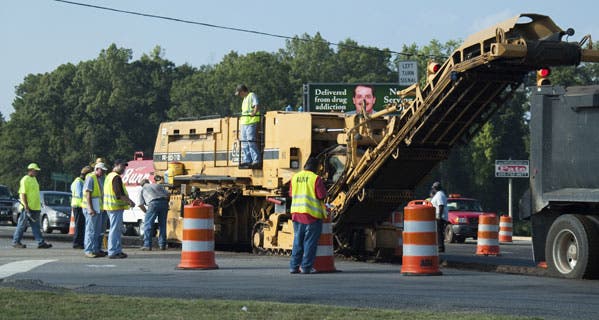 But what’s bad is that the bill could include a provision that would require the IRS to use private debt collectors to go after unpaid tax bills.

The IRS has tried this experiment before and it failed. A congressionally authorized effort that ran between 2006 and 2009 didn’t yield as much income as had been hoped or projected.

In fact, a Taxpayer Advocate Service analysis found that the IRS was “significantly more effective” than the private debt collectors in bringing in money, “collecting about twice as much as a percent of the dollars available for collection.”

The IRS still has the option to use private debt collectors. The Senate highway bill that cleared that chamber in July, however, wouldn’t give the IRS a choice. The agency would be required in some unpaid tax cases to use a collection agency.

Some have cast Congressional Republicans as the bad guys here, looking to sic often unscrupulous and over-aggressive bill collectors on taxpayers. And it is true that many in the GOP generally support this effort and other efforts to privatize many of Uncle Sam’s programs.

During the Senate’s debate of the transportation bill this summer, Grassley cited IRS trouble in handling taxpayer requests for help. That’s a clear indication the agency needs help and Grassley argues that “private contractors would take on accounts involving taxes that are due and owed that are just sitting dormant right now.”

But when the Senate considered the tax extenders package last year, it was a Democrat who wanted to insert an amendment to require IRS hiring of private debt collectors.

Sen. Charles Schumer, D-N.Y., said his private debt collector proposal was designed to avoid the problems that occurred previously when the IRS turned over tax collections to private companies.

He also defended the move as one that would save and create jobs. Two of the 4 private debt collection agencies the IRS has authorized to go after unpaid tax bills are based in Western New York. Not to be cynical, but I’m sure these companies also have some campaign money they would like to share with their political friends.

Schumer’s effort to attach the debt collector provision to the extenders back then failed. But other lawmakers managed to get a similar proposal into the current Senate transportation bill.

Amendment to kill it in the House, maybe

Now that the bill is before the House, a group of 11 Democrats led by Rep. John Lewis of Georgia are looking to kill it. They have submitted an amendment to strike the outsourcing of tax debts to private, for-profit companies from the legislation.

It’s unclear, however, whether the House Rules Committee will allow this proposed amendment, 1 of 270 that have been offered for possible consideration, to go to the House floor for a vote.

And even if the Lewis amendment does get a full House vote, it’s unclear whether enough representatives would agree to strike the debt collector provision from the bill.

If the private debt collector provision does survive the House — which is expected to vote on it this week — the transportation bill containing it is likely to be signed by the president and become law.

So if you have any tax debts, you might want to contact the IRS ASAP and set up a payment plan. That will be the only way to get you off the private tax debt collectors’ lists.

Do you think turning over tax bills to private debt collectors is a good idea? Who would scare you more, an IRS tax collector or a private agency?