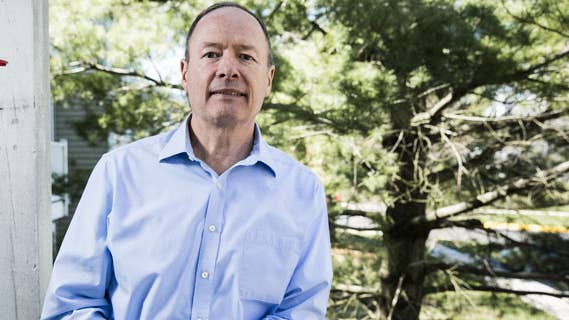 U.S. Army Gen. Keith Alexander once ran the National Security Agency, so he knows about collecting sensitive information. He also knows how it feels to be on the other side of a collection process.

While Alexander was in charge of the NSA, which continues to come under fire for its bulk data collection practices, his own personal data was illegally gathered and used for a variety of criminal purposes.

The former NSA director told a public forum last fall that when he tried to file his taxes, he learned someone else had already claimed a $9,000 tax refund in his name. The crooks also applied for 20 credit cards in his name.

Now Carnell King, the man accused of stealing Alexander’s identity, has pleaded guilty to fraud and tax charges. He could face up to 10 years in prison for each fraud count and another 5 years on the false IRS filing.

Technically, King entered a plea declaration of guilty to the charges on Oct. 9 in U.S. District Court in Chicago.

The U.S. Attorney’s office, however, says it has not reached any deal with King. In fact, the feds say they plan to seek a conviction against King on the tax identity theft charge, which carries a possible 15-year prison sentence.

Prosecutors believe they have a strong case.

In addition to discovering that his identity had been used to file a false tax return, the retired 4-star Army general received mail, emails and phone calls alerting him that someone had made several attempts to open credit cards using his personal information.

The feds said in court papers they also listened to recorded phone conversations with a bank in which a male identified himself as Alexander. The caller, whose voice prosecutors say allegedly matched King’s, told a bank representative that he was “in the Army” and gets “stationed everywhere.”

Anyone can be an ID theft victim

Chaffetz, like Alexander, learned of the identity theft when he filed, or rather tried to file, his tax return. But all of us can also keep track of our personal accounts to ensure that we haven’t fallen victim to identity thieves. An easy way to monitor your data is through myBankrate.