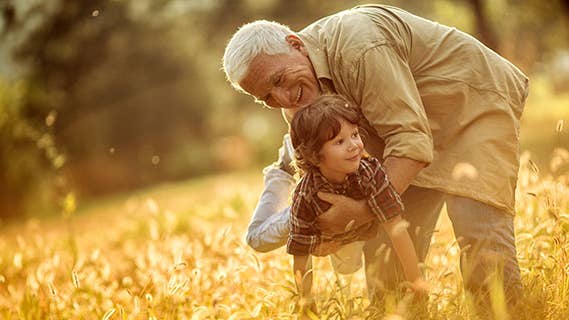 Last week, most Americans completed their annual tax filing duties. If you’re like me, when you finish your 1040 you are painfully aware, even when you get a refund, of how much of your money goes to the U.S. Treasury.

So what exactly is Uncle Sam doing with our dollars?

Based on previous years’ government expenditures, more than half of it is heading to Social Security, Medicare and other social safety net programs. Another big chunk goes to defense programs.

The Center on Budget and Policy Priorities, or CBPP, took a look at the $3.7 trillion federal budget for fiscal year 2015 and found that those areas accounted for 75% of spending.

Medicare was the costliest program in this group, accounting for nearly two-thirds of the expenditures, or $546 billion, to provide health coverage to 55 million people who are at least age 65 or who have disabilities.

Next up in the government ledger was $888 billion, or 24% of the budget, that paid for Social Security.

That money, points out CBPP, goes to a variety of payments, including monthly retirement benefits to millions of retired workers, their spouses and children, as well as survivors’ benefits and payments to disabled workers and their eligible dependents. Another 10%, or $362 billion, supported other safety net programs that provide additional help to individuals and families facing hardship.

Defense and security-related international activities accounted for another 16% of fiscal 2015 spending. The bulk of this $602 billion, says the CBPP, reflects the underlying costs of the Defense Department.

While U.S. defense spending comes in 3rd in the U.S. budget, the amount that we allocate for this category far outpaces other nations’ military expenditures.

The Stockholm International Peace Research Institute, or SIPRI, estimates that global military spending in 2015 was around $1.68 trillion.

Although SIPRI’s figure is slightly less than the CBPP amount, the United States still topped last year’s military expenditures list at $596 billion, according to the international armaments research institute. And that amount is more than what is spent by the next 7 countries combined.

Those 7 nations spent a combined $567.2 billion on their military programs in 2015. That still was almost $29 billion less than the United States alone spent that year in this category.

Are you surprised by the U.S. budget? What bothers you more, the amounts spent or what the money is spent on?

You can keep up with tax news, both expenditures and collection efforts, as well as find filing tips, calculators and more at Bankrate’s Tax Center.