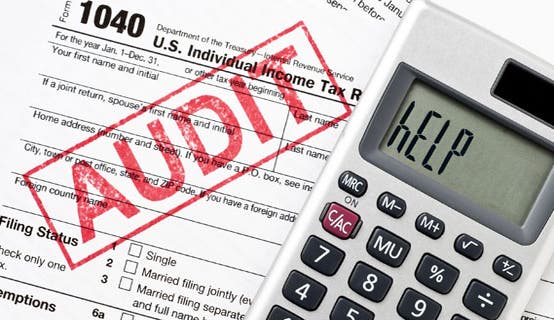 If you cheat on your taxes, your chances of getting caught by the IRS are minuscule.

Let’s get one thing clear from the get go. That opening line is in no way a suggestion by me or Bankrate that you fudge your figures when filling out your tax forms.

But some folks do. And IRS Commissioner John Koskinen says that his office is having a tougher time catching tax cheats.

The IRS completed about 1.2 million individual audits in fiscal year 2015, which ended Sept. 30. That’s 13,700 fewer than the previous year, according to the commissioner. For comparison purposes, during the last 9 months of the fiscal year that fell within this latest tax filing season, the IRS received more than 145 million tax returns.

Why so few extra reviews of returns? Not enough auditors.

“Consider that the 15,000 full-time employees we have lost since 2010 include 5,000 key enforcement personnel,” Koskinen told the American Institute of CPAs’ National Tax Conference in Washington, D.C., this week.

“These are the people who audit returns, perform collection activities and investigate tax fraud and other crimes,” Koskinen told the CPAs. “We are especially concerned about the effect that the reduction in our workforce has had on audits.”

Since 2010, the number of audits has dropped 22% and that figure corresponds exactly to the number of revenue agents the IRS has lost, Koskinen says.

Meanwhile, more people are filing returns every year. Through Sept. 25, almost 1.2 million more people had submitted 1040s than did in 2014.

It doesn’t take an advanced degree in math to predict what happens when there are more filings and fewer examinations of tax returns.

“We’re seeing clear evidence of a longstanding decline in revenue coming from audits,” according to Koskinen.

The commissioner said that between 2005 and 2010, the money generated from audits averaged $14.7 billion annually. But since 2010, it has averaged only $10.5 billion a year, a decline of nearly 30%, or more than $20 billion in uncollected tax dollars over the past 5 years.

Koskinen’s speech was designed to bolster support for more IRS funding so that its workers could get back to, among other things, auditing returns.

But it’s also likely to have the unintended consequence of providing cover for Capitol Hill lawmakers who want to turn over some IRS functions to the private sector. I’m talking, of course, about the requirement in the transportation bill that is working its way through Congress.

That bill has a provision to require the IRS to turn over some tax bill collection efforts to private debt collection agencies. An effort by a group of House Democrats to strike that provision failed, so it looks like debt collectors will soon be calling about IRS bills, too.

An IRS audit and persistent debt collector calls are equally unwelcome. Which one do you fear the most?

Does a smaller chance of getting audited tempt you to cheat, at least a little, on your taxes? Or would the possibility of getting caught and then having your account turned over to a debt collector scare you into honest filing?