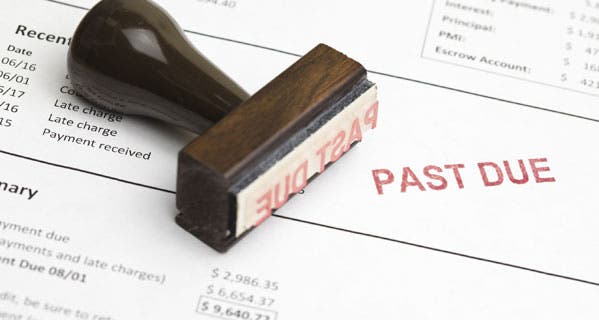 The federal tax watchdog has a message for the IRS: Focus on your own people.

An audit by the Treasury Inspector General for Tax Administration, or TIGTA, found that at the end of the 2014 fiscal year, more than 300,000 federal workers and retirees owed around $3.5 billion in taxes.

From a raw number perspective, that’s not that many tax scofflaws. The IRS collects taxes from more than 143 million people each year. And TIGTA acknowledged in its report released Sept. 9 that federal employees and retirees have a lower rate of tax delinquency than the general taxpayer population.

The dollar amount isn’t that much either, relatively speaking. The U.S. Treasury’s latest complete monthly report shows that through July, more than $2.67 trillion in taxes was collected.

But federal workers and retirees who don’t pay their taxes definitely make for bad public relations for Uncle Sam.

It’s difficult enough to get folks to file. The task gets even harder when taxpayers can point to individuals who are being paid with tax dollars, but who are not paying their share of taxes.

Plus, says TIGTA, the number of federal workers and retirees who are delinquent on their tax payments is growing.

The number of federal employees and retirees who owe past-due taxes has grown by 14% from fiscal years 2010 to 2014, an increase of 25,284 overdue taxpayers.

The amount of unpaid taxes also has increased $119 million in that same period, a 3% jump.

TIGTA did have a modicum of praise for the IRS regarding its collection efforts.

Generally, the IRS is successful at closing overdue tax cases involving federal employees and retirees through a system it established in 1993, noted the report. The tax agency typically gets the money through full payment of the delinquent tax bills or from installment payment agreements with workers and retirees.

To supplement these efforts, TIGTA recommends that the IRS expand its existing levy program to more federal cases. TIGTA estimates this could bring in as much as $18.3 million over the next 5 years.

The IRS agrees with expanding the levy actions, and says it will work with the appropriate defense finance agencies to implement it.

However, when it comes to the automatic processing recommendation, the IRS says it will stick with manually handling cases of delinquent taxes by federal employees and retirees. The tax agency believes the majority of those cases will eventually end up, if necessary, in the levy system, where they will be resolved.

Do you think federal employees should get special treatment from the IRS?