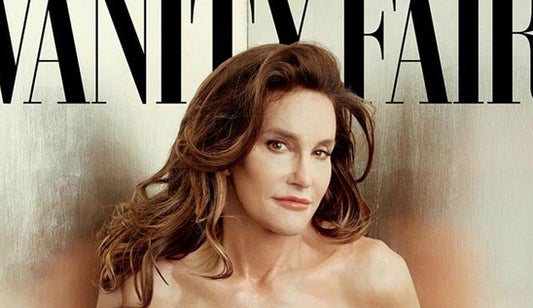 Bruce Jenner has a new life as Caitlyn Jenner. She revealed her new look this week on the cover of Vanity Fair magazine.

It’s the most followed male-to-female transgender case since Army Pvt. Bradley Manning, who was sentenced in July 2013 to 35 years at Fort Leavenworth for Espionage Act violations in connection with Iraq war material sent to the WikiLeaks website. A month after that conviction, Manning announced she is transgender and would be living as a woman named Chelsea.

Jenner, thanks to the wealth she’s accumulated as an Olympic champion and more recently as a reality television star as part of the Kardashian family, is financially able to cover her gender transition costs, from hormone therapy through the final surgeries.

But the matter of Uncle Sam’s involvement still is relevant, thanks to the Internal Revenue Code and a 2010 U.S. Tax Court decision.

Gender identity disorder is listed in the American Psychiatric Association’s Diagnostic and Statistical Manual of Mental Disorders. Since it is a recognized medical condition, costs for treatment — that is, transitioning from one gender to another — are allowable medical tax deductions.

This was confirmed in 2010, when the IRS lost a Tax Court case in which a taxpayer deducted transgender medical costs. The court ruled that necessary treatment for gender identity disorder qualifies as medical care under the tax code, making the costs related to that care tax deductible.

The IRS followed with its own announcement on the court ruling in late 2011.

While such procedures attract a lot of attention, both in support for and opposition to transgender issues, tax law isn’t judgmental. All that matters is that the costs meet tax code requirements.

As noted, the first hurdle is that the treatment be medically necessary. That’s an issue for all patients and their physicians to determine. They also must be prepared to prove any therapeutic need if the IRS questions deductions.

Once that’s done, then the patient must itemize the deductions.

But there is another consideration on Schedule A. The write-offs also must meet a threshold.

For younger taxpayers, all itemized medical expenses must exceed 10 percent of the patient/taxpayer’s adjusted gross income in order to be claimed.

Jenner, however, is eligible for a bit of a break. She turned 65 last October. Filers age 65 or older are allowed to deduct qualifying medical expenses that exceed 7.5 percent of their adjusted gross income. That rule is in effect through 2016.

While Jenner is estimated to be worth $100 million, much of that amount likely is from real estate holdings, so she might have annual income low enough to make at least some of the medical costs deductible. A check of a Philadelphia specialist’s price list for male-to-female transgender surgeries came to $140,450. Hollywood doctor costs are likely to be even higher.

Of course, I suspect that Jenner has some type of health insurance that will pay for part of the costs. Only uninsured and other out-of-pocket medical costs can be counted as medical deductions.

For the rest of us, regardless of whether we have literal life-changing medical expenses like Jenner or simply run-of-the-mill medical costs, it’s always worth checking on possible help via the tax code. Be sure to check out Bankrate’s tips on ways to maximize medical deductions to get over your itemized percentage threshold.