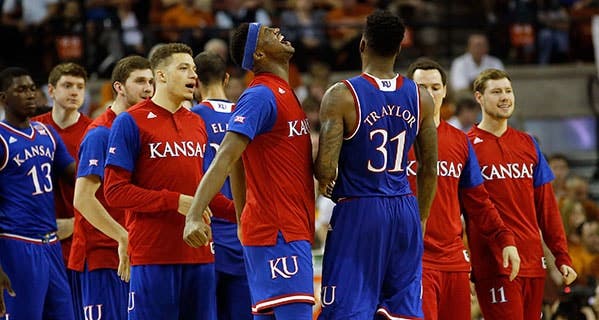 Virginia says it’s OK. New York is still fighting it in the courts. And Texas reached a legal settlement over it.

“It” is fantasy sports. Defenders say the activity is a game of skill. Opponents say chance dominates the outcomes, making it a way to place illegal bets on sporting events.

And it is heading into high gear this month in conjunction with March Madness, the annual tournament to crown the best men’s college basketball team in the United States. Conference tournaments are now underway, with the Big Dance invitations going out on March 13.

While there’s disagreement as to whether fantasy sports are gambling or just clean sports fun, there’s no argument that the games are a collective cash machine.

Fantasy Sports Trade Association research found that 56.8 million people in the United States and Canada played fantasy sports in 2015, spending an average of $465 each on their online game-related activities.

Outside research firms estimate that daily fantasy sports games generated around $2.6 billion in entry fees in 2015 and will grow 41% annually, reaching $14.4 billion in 2020.

That money is a key reason why some states are trying to kick fantasy sports out of their jurisdictions and others are welcoming the games.

A provision in the Unlawful Internet Gambling Enforcement Act of 2006 defines fantasy sports as games of skill, not chance, thereby making them legal, at the federal level, to play online. But states still have the final say on what is and isn’t gambling within their borders.

The state contends the games are no different than Vegas bookies, offering players “a way to bet on existing sporting events, nothing more.”

New York also wants the sites to compensate players in the state for all the money they’ve ever lost on fantasy games. The total, including fines, could top $4 billion. The games are continuing, pending a hearing expected this spring.

Texas’ top lawyer filed similar actions against the fantasy sports leagues and has had more immediate success. FanDuel recently agreed to cease operations in the Lone Star State by May 2.

In Virginia, however, the fantasy games are welcome. On March 17, the Old Dominion’s government signed a law that officials there say will protect consumers and legitimize businesses such as FanDuel and DraftKings.

Virginia’s Fantasy Contests Act takes effect in July and applies to any online fantasy sports games, both season-long and daily competitions, that charge an entry fee. Fantasy sports companies will have to pay Virginia a $50,000 registration fee to be in compliance.

Regardless, winnings are taxable

In addition to the money from the companies, Virginia also will be collecting taxes from fantasy sports players whose fake teams pay off.

Actually, even in states that contend the games are illegal gambling, fantasy sports players still are supposed to pay taxes on all their winnings.

Ditto for folks who pocket a little extra cash in the less formalized office pools that will be popping up as soon as the NCAA’s annual men’s college basketball championship tournament brackets are set.

You would think March Madness would be a boon for the Internal Revenue Service and state tax departments. You would be wrong.

The FBI estimates that more than $2.5 billion is illegally wagered on March Madness each year. And while proceeds from illegal activities are taxable — remember, that’s how they put Al Capone in Alcatraz — the reality is that the tax collector gets very little — OK, none — of the taxes due on winnings from illegal wagers.

That lost tax revenue is the tournament’s one sure bet.

Do you play fantasy sports? Do you report all your winnings on your taxes? Most importantly, do you have any special insight or inside info on which team will be the 2016 NCAA champ?

Stay on top of tax news by subscribing to Bankrate’s free Weekly Tax Tip newsletter. You also can follow me on Twitter at @taxtweet, where I also throw in the occasional sports-related tweet.