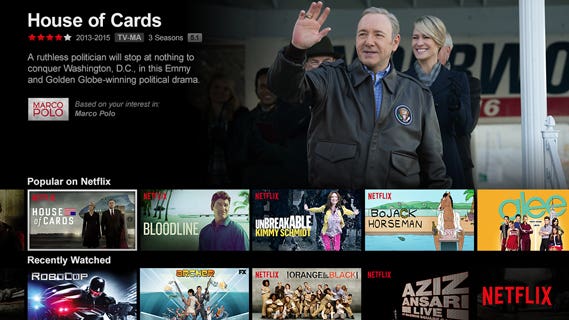 If you live in Chicago and are planning to binge-watch some popular streaming programs this long Fourth of July weekend, get ready to pay more.

Effective July 1, the Windy City is assessing a cloud tax on products streamed from services like Netflix. Music lovers who get their tunes through outlets such as Spotify also will pay the new 9% levy.That means folks who spend $100 on Netflix to catch up on episodes of “Orange is the New Black,” “House of Cards” or “Unbreakable Kimmy Schmidt” will now pay $109.

And the tax doesn’t just apply to fun online pursuits. Chicago businesses that rely on databases accessible through cloud computing also will face the tax.

The tax comes not from new legislation, but from two Chicago Finance Department rulings that expand the city’s amusement tax and personal property lease transaction tax to more residents.

Companies that deliver cloud-based services will be responsible for collecting taxes from their Chicago customers. And while the new tax technically took effect July 1, the city says collecting companies don’t have to start remitting the collections until Sept. 1.

Once fully in force, Chicago officials expect the cloud tax to bring in around $12 million a year.

While no one likes a new tax, especially on a service that is reached via phone or Internet service for which consumers already pay monthly charges, the levy on streaming services is not a surprise.

Cash-strapped cities, counties and states are increasingly exploring how they can benefit from these technologies, which are taking big bites out of local businesses. So don’t be surprised to see your city try something similar.

Michael J. Wynne, a partner in Reed Smith’s Chicago office and a member of the firm’s State Tax Group, and several of his colleagues contend in an analysis posted on the law office’s website that both Finance Department rulings likely “run afoul of provisions in the Federal Telecommunications Act, the Internet Tax Freedom Act, and federal and Illinois constitutional limits on taxation.”

In addition, writes Wynne, the rulings gloss over how many telecommunications and computer networks operate. They assume the simplest factual scenarios that do not realistically portray how many providers and their customers transact business, says Wynne.

As Wynne’s reaction indicates, the rulings are likely to face legal challenges. But until things are finally resolved, probably in court, Chicago residents should be prepared to pay more for their streaming entertainment.