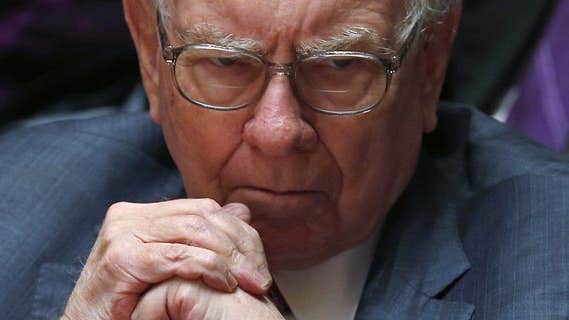 President Obama’s fiscal year 2016 budget contains around $4 trillion in spending. That amount would be offset by just more than $3.5 trillion in revenue raisers — what we regular folks call taxes.

As every taxpayer knows, taxes are intensely personal. Even the administration recognizes that. In fact, several tax proposals in its latest budget can be connected to some high-profile names.

Financier Warren Buffett returns to budget and tax discussions. In previous years, Buffett revealed that he paid a lower tax rate than his secretary because she faced ordinary income tax rates while most of his tax bill came from lower capital gains calculations. The Fair Share Tax, popularly known as the Buffett Rule, was born.

Once again, the president wants to implement the Buffett Rule. This proposal would impose a minimum 30 percent tax rate on households with incomes of more than $1 million.

“Increasing the income tax liability of higher-income taxpayers with relatively low tax burdens would reduce the deficit, make the tax system more progressive and distribute the cost of government more fairly among taxpayers,” according to the U.S. Treasury’s analysis of the budget proposals.

Everyone who has socked away money in a retirement plan dreams of their nest eggs being as successful as Mitt Romney’s accounts. You might remember that during the 2012 presidential campaign, we learned that the Republican nominee’s IRA was worth, depending on which stories you read, between $21 million and $102 million.

After we caught our collective breath, we immediately wanted to get some investing advice from Mitt. Even at the low level — for the multimillionaire Romney — of $21 million, that’s some kind of plan growth since tax law limits us to putting at most $5,500 or so a year into our IRAs.

Romney is not alone. A recent Government Accountability Office report found that there were 314 taxpayers with IRAs larger than $25 million in the 2011 tax year. Another 791 had accounts between $10 million and $25 million. Meanwhile, 98.5 percent of us with IRAs are looking at an account of less than $1 million.

We still don’t know exactly how Romney got such a huge IRA, but Obama wants to limit such enormous plans going forward. The president’s fiscal year 2016 budget calls for a $3.4 million cap on tax-deferred retirement plan holdings. Once a taxpayer reached that maximum, no further contributions would be permitted. The taxpayer’s account balance, however, could continue to grow with investment earnings and gains.

Finally, there’s the payroll tax loophole closure proposal. Under current law, many self-employed people establish S corporations in order to avoid paying higher Medicare payroll taxes. The corporation status allows them to report only a portion of their earnings as wages that are subject to the tax.

The practice is not new. The Center for Tax Justice noted back in 2013 that, “Naturally, many S corporation owners make up a salary for themselves that is much less than their true work income.”

In recent years, this tax reduction technique has been notably used by two former members of Congress and presidential wannabes, Republican Newt Gingrich and Democrat John Edwards. The tax-cutting move, therefore, has been nicknamed the Gingrich-Edwards payroll tax loophole.

Obama wants to close this loophole by having all professional service business structures follow the same tax laws.

A tax by any other name

Only Buffett gets the honor, or dishonor depending on your tax point of view, of having his name officially attached to a fiscal 2016 budget proposal. Romney, Gingrich and Edwards are connected only by implication and tax geek knowledge of their circumstances.

But if any of these provisions do make it into law, they will join a long list of tax provisions that officially bear the names of individuals who championed or were responsible for their creation.