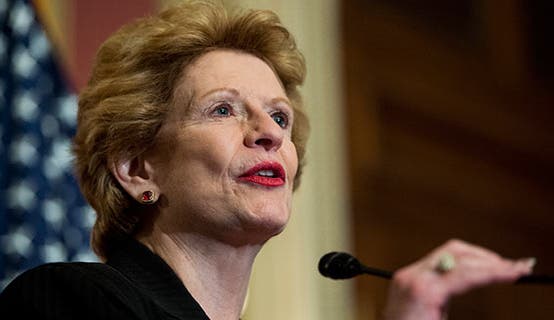 Owing a debt you can’t repay is bad. Owing federal taxes on that debt amount even after you no longer have to pay it back is even worse.

Federal tax law, however, requires in most cases that when a loan is forgiven, the amount that is written off by the lender is taxable income to the previous debtor.

Sen. Debbie Stabenow, D-Michigan, thinks that’s wrong when the debt was incurred under fraudulent circumstances, specifically to pay for college. Stabenow has introduced the Student Tax Relief Act, a bill that would protect defrauded borrowers from being taxed on their forgiven student loans.

Her bill, S. 3008, was drafted in the wake of the federal investigation into Corinthian Colleges, Inc. and its associated schools.

The Department of Education found that the now-defunct for-profit chain run by Corinthian defrauded students at more than 100 schools in more than 20 states across the country.

Following the fraud finding, the Education Department told students who borrowed money from Uncle Sam to attend Corinthian classes that they would not have to repay those loans. Affected students can apply for loan forgiveness through the department’s Federal Student Aid division.

That’s a welcome step for the bilked students. The Education Department says that as of March 1 it had processed almost 9,000 claims from former Corinthian students nationwide, totaling more than $132 million.

The forgiven debt provisions of the Internal Revenue Code generally require that such canceled debt is taxable. For example, folks who are able to negotiate down or away debt owed on credit cards face the same tax due on what is called phantom income.

A notable exception is in the case of some residential foreclosures or mortgage renegotiations, where a special, temporary law allows certain home-related canceled debt amounts to be tax free.

The Corinthian students also were provided special tax relief on the amounts cleared by the Department of Education.

Stabenow’s bill, which has 7 Democratic cosponsors in the Senate, would give the same tax relief to students in similar educational fraud cases.

“When students take out loans to attend college, they should get a fair deal and a fair shot,” said Stabenow in announcing the introduction of the Student Tax Relief Act. “No student should be the victim of false advertising from a college that promises skills or job placement. And the last thing they deserve is to be hit with an enormous tax burden on their forgiven loans.”

Stabenow’s bill might be able to garner some additional support. The issue of burdensome student debt in general already is under a spotlight, thanks in large part to Vermont Sen. Bernie Sanders’ campaign to be the Democratic nominee for president.

But time is not on the side of Stabenow’s effort. The tax-writing Senate Finance Committee, where the bill is pending, has not scheduled any hearing on S. 3008.

And with the upcoming November elections, the House and Senate aren’t going to be in session much. The chambers’ schedules are reduced so that Representatives and Senators can return home to make their reelection cases.

If, however, enough constituents let lawmakers know of their student debt concerns, both on a wider scale and in connection with cases like Corinthian, there might be some action on Stabenow’s bill this year. That would be a welcome development for former students facing an unexpected tax bill next filing season on their forgiven school loans.

Have you ever faced a tax bill on forgiven debt? Do you agree with Stabenow’s proposal? Do you think the tax code is right, or should all forgiven debt be tax-free?