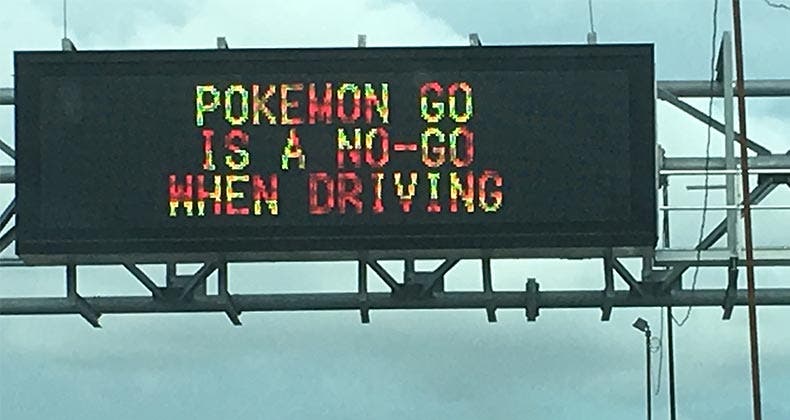 So, you’ve caught the fever and are officially hooked on Pokémon Go. The app game has attracted a cult following, and children and adults alike have been spotted around the world glued to their smartphones, hunting Charizards and Squirtles.

Pokémon Go is a “free-to-play” app, but the game has cost some players a significant chunk of money, and not just on Poké Coins. Whether it’s in phone charges or worse, getting addicted to the game can cost you more than just all of your free time.

As Pokémon Go continues to captivate the attention of bored kids on summer vacation, parents are bracing themselves for the next phone bill. The game is a major data-suck and requires anywhere from 2MB to over 8MB of data per hour, according to the Pokémon Go Database.

To avoid data overcharges, the database recommends using Wi-Fi whenever possible and setting a data limit for yourself to make sure you don’t go over. Android users can set a data limit manually, but iPhone users will have depend on on their wireless provider for alerts if they’re using too much data.

If your data charges are still out of control, you can always switch your cellphone plan to one that includes unlimited data. Sprint has an affordable plan that offers unlimited data for $75. Play on.

In New York, a man reportedly smashed his car into a tree while playing the game, and in Canada, 2 police officers were hurt when a couple of people backed their vehicle into a police cruiser while playing. Pokémon Go-related Car crashes also have been reported in Washington state, Baltimore and Wisconsin.

Car crashes can cost thousands of dollars, not to mention lives. No game is worth the price of your life. Resist the urge to play while driving, and put your smartphone in your car’s glove box if you think you’ll be too distracted. Parents wary of teens driving while distracted by the game can install something called DriverId, a $129 device that blocks teenagers from using apps while driving.

Pikachu might look totally innocent, but Pokémon Go is landing some people in handcuffs. One man in Milford, Michigan, was arrested after wandering to the local police station, which was designated a “gym” in the game. Officers realized that the man had an outstanding warrant for failing to appear for sentencing on a charge of breaking and entering, according to WXYZ-TV.

In another instance, 2 people in Ohio were charged with criminal trespassing at the Toledo Zoo after being lured there by the game. Police say the pair of fearless players jumped over a fence near the zoo’s tiger enclosure. Because why be scared of tigers when there’s Pokémon to catch?

The best way to stay out of trouble with the law while “trying to catch em’ all” is to simply have common sense. The game just isn’t worth the bail money and legal fees associated with criminal charges, so stop and think before blindly hunting Pokémon.

Better have some bail money put aside, though, just in case.