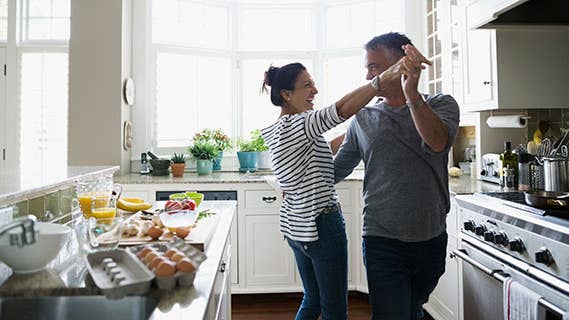 The Great Recession has been in the rearview mirror for years now, but one disturbing legacy lingers: substantial anxiety about savings.

In Bankrate’s latest Financial Security Index survey, Americans who are less comfortable about their savings than they were a year ago outnumber those who say they’re more comfortable by nearly 2-to-1.

So what’s going on? Have Americans suddenly become a bunch of crazy spendthrifts who can’t stop throwing money at new iPhones, plastic surgery and pickup trucks?

Nope. The simple truth is, we have less money to save than we used to. The most recent numbers we have, published in 2015, show median household income is at $53,657 — $3,700 less than it was in 2007, before the crisis, or even back in 1999. The fact is, Americans’ inflation-adjusted income has stagnated, even as other costs for things like higher education and medical care have risen faster than inflation.

That’s why, even though we continue saving at a higher rate now (5.4% of personal income, according to the Bureau of Economic Analysis) than we were before the financial crisis, we’re still not able to get where we want to be.

And with annual interest rates on most savings accounts far below 1%, it’s not like we’re getting any help, either.

American political leaders need to do more to address the system-wide failures that have led to a shrinking middle class and stagnant incomes. But should we wait around for that to happen, or for the economy to recover on its own, before building adequate savings?

The answer obviously is no. Instead, to the extent it’s possible, savers need to find creative ways, ways that we may have never tried or even considered, to reduce expenses in order to free up more money to save.

Currently a 2-car family? Cutting down to 1 and having a member of the family bike or use public transit to get to work can save you thousands of dollars per year. I personally saved $7,219 over 4 years biking to work, and the car I was replacing was fully paid off, so imagine what you could save getting rid of a car that still has a big monthly payment.

Too busy to cook on weekdays? Build a batch cooking day into your weekly routine to prepare and freeze all your entrees for the coming week. Or just commit to eating leftovers a few nights a week, and a family of 4 could save an additional $100 to $150 a month, or $1,200 to $1,800 a year.

Costs can be high

Of course, making the types of lifestyle changes that will free up meaningful amounts of money typically carries significant non-monetary costs. Spending hours batch cooking on Sunday may mean less time for family outings or seeing friends. Biking to work may mean getting up earlier and losing out on a substantial amount of sleep each night, or losing time with a partner at night to make an earlier bedtime.

But a savings cushion is not a luxury — it’s a necessity. Living without an emergency fund means even fairly mundane events like a hole in the roof or car trouble can lead to a debt spiral or the inability to cover monthly bills. That way lies declining credit, getting on the wrong side of compounding interest and even more vulnerability to future financial shocks.

In a better world, the American middle class could enjoy a high standard of living and adequately save for the future. But if it has to pick one, savings is the clear choice.

What do you think? Do you feel like it’s harder to save now than it was before the financial crisis?