Is the latte effect a farce? 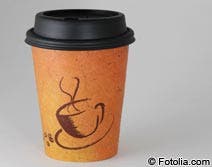 Most of us are familiar with the daily latte as a frothy, delicious symbol of financial excess.

The latte effect, also known as the “Latte Factor” — a phrase trademarked by financial author David Bach — describes the small things consumers buy on a daily basis, such as coffee, cigarettes and fast food, that slowly but steadily drain their bank accounts. Bach’s philosophy was that this money spent on indulgences could instead be invested and saved for retirement or other goals.

“The whole idea of the Latte Factor was a good wake-up call for its time,” says Ellie Kay, author of “The 60-Minute Money Workout.” “It encouraged people to see where they were spending their money, how a little bit of spending can really add up, and it was pretty startling to a lot of people.”

But does forgoing lattes really make that big of a difference? Does the average consumer have the discipline to cut daily treats and earmark the money for retirement? I talked to Kay and Julie Murphy Casserly, CFP and author of “The Emotion Behind Money,” to get some ideas on other actions people can take that might have a bigger impact on their finances — and how to make the latte effect work for them if they decide to try it.

Watch your credit score for savings on interest

“One of the things you could do in lieu of the Latte Factor is pay attention to your FICO score,” Kay says, referring to the credit score. “Because that FICO score will translate into literally thousands upon thousands in savings on a car loan or a mortgage.”

This takes a longer-range view and assumes you’ll be buying a home and a car at some point. But Kay is right — a better credit score will translate into lower interest rates on loans, and saving even half of a percentage point on a $165,000 mortgage could net you savings of $800 to $1,000 per year, according to Bankrate’s mortgage calculator. That’s enough money to buy about 225 lattes.

Kay’s top tips for keeping your credit score high: Always pay on time, pay more than the minimum whenever possible, and pay attention to your utilization ratio.

Check in with your insurance provider

Insurance is another area where you could net major savings, Kay says. It doesn’t take long to review your policies and check in with the insurance company, she says.

“Fifteen minutes once a year could possibly save you as much as forgoing a latte a day,” Kay says. She suggests calling your company, letting them know you’re thinking of switching providers, and asking if they’re offering any new discounts or promotions. As an example, she cites her colleague, who was able to save $800 per year on his homeowners insurance.

These are just a few of the bigger-picture items that can make a big difference in your finances. But if you decide to also try to save by cutting out lattes or other daily indulgences, Kay and Casserly say Bach was right on one count — allot that saved money to savings.

If cutting lattes or another indulgence nets you $60 in savings each month, Casserly says, “You need to intentionally and systematically put that $60 somewhere because if you don’t automatically have it go somewhere, you’re going to consume it, and you’re going to spend it in other respects.”

Kay recommends that consumers calculate how much they expect to save each month, and have that money automatically moved into a savings account each month. If you’re short on cash at the end of the month, you can always transfer the money back.

Splurges belong in your budget

On the other hand, both experts agree that every budget should account for splurges.

“People think, ‘I’m going on a debt diet, I’m getting a grip on my finances, I’m going to have a new lease on life,'” Kay says. “And they make it so restrictive that within two weeks they feel like they’re in hell.”

Budgets that account for modest splurges will be more sustainable and successful in the long run, she says.

“One of the things that I see, is if you 100 percent give (splurges) up, at some point you’re going to financially act out and you’re going to process those emotions in another respect,” Casserly says.

A solid money plan will help you work on cleaning up your financial past while living in the present and planning for the future, Casserly maintains. This is where treats come in — keep some of them, make a conscious effort to allocate your savings to savings accounts of some kind, and keep an eye on bigger-picture financial items such as your credit score.

Has cutting lattes or other indulgences helped you save money? Let us know in the comments.