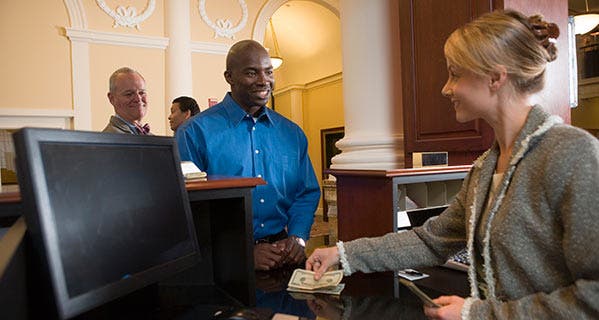 Credit unions have a reputation for providing better deposit rates than banks, and an analysis by Bankrate shows that reputation is still well-deserved.

Every week for more than a decade, Bankrate researchers have collected hundreds of data points on savings and CD rates at banks and credit unions to come up with national averages. According to my analysis of that data, over the 10-year period between 2006 and 2015, credit unions have beaten banks by an average:

Credit unions’ ability and willingness to offer higher rates comes from their basic structure. Unlike banks, which are owned by stockholders or private companies, credit unions are member-owned, not-for-profit institutions. Any money they make is returned to members, typically in the form of higher rates on deposits or lower rates on loans. (Being tax-exempt probably doesn’t hurt either).

Now, anyone who spends a significant amount of time looking at interest rates on savings can tell you that they can vary a lot from institution to institution. A credit union on one side of the street may offer a few basis points a year in interest on their savings accounts, while a bank on the other side offers 1% or more. But according to our data, you’re more likely to get a competitive rate at a credit union than at a bank.

Fed rate hike may be coming sooner than many thought

When one member of the rate-setting Federal Open Market Committee starts talking about rate hikes, it’s worth noticing. But when a Fed governor and a Fed chair do so on consecutive days, it’s time to start penciling in a rate increase for sometime this summer.

Janet Yellen having speech scheduled on Friday afternoon before Memorial Day seems to be evidence that Fed not actually friendly to market.

On Thursday of last week, FOMC governor Jerome Powell said “a rate increase may be appropriate fairly soon.” Then, the very next day at an event at Harvard, Fed Chair Janet Yellen said a rate increase in “the coming months” may be “appropriate.”

That’s good news for savers, because while the Fed’s most recent hike hasn’t been much help on deposit rates yet, a rising federal funds rates will eventually force rates higher on short-term deposits and you’ll actually be able to earn some real money on your savings again.

Hurricane season and your savings

The Atlantic hurricane season starts today and is expected to be more severe than they were the past couple of years, an item of key interest to people in South Florida, especially those who remember the (literally) disastrous 2004 hurricane season, when several large, named storms clobbered us.

But even if you don’t live in a hurricane zone, June 1 is as good a date as any to assess your natural disaster preparedness, including how financially prepared you are. Disasters don’t just mean potentially having to meet insurance deductibles; they can also mean missed work for hourly workers, as well as evacuation expenses.

According to a recent Federal Reserve report, 46% of Americans say they’d have difficulty meeting an emergency expense of $400, and the aftermath of a disaster obviously can cost a household much more than that. So along with stocking up on bottled water, batteries and canned food, your disaster preparedness plan should probably include holding a little more liquid savings.

Plumbing the depths of the human heart

We knew banking could be a dirty business, but this is ridiculous (laugh track): a New York mergers and acquisitions banker was accused this week of running an insider trading scheme with his plumber.

Steven McClatchey of Barclays is accused by the SEC of passing information on 10 impending M&A deals to his friend Gary Pusey, who used them to reap about $76,000 in profit. In return, “Pusey provided McClatchey with free services to remodel McClatchey’s bathroom,” as well as cash payments, according to the complaint.

The SEC is seeking a lifetime ban on trading for McClatchey and Pusey and return of the ill-gotten gains. (No word on whether this includes McClatchey’s remodeled bathroom … maybe just the fixtures?)

What do you think? Have you gotten better rates at credit unions or banks? Is there a Fed rate hike coming this summer?