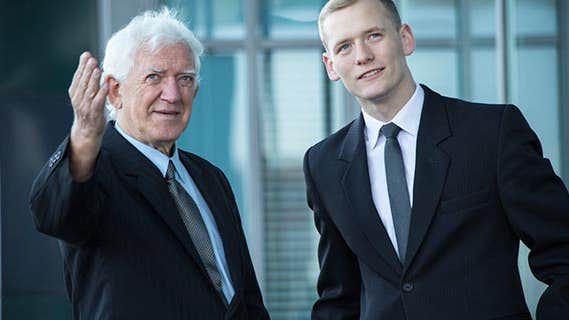 Get ready for a wave of aging workers and the impact that tsunami will have on the workplace.

The number of people age 65 and older will increase 70% in the 10 years through 2022, according to human resources consultancy Aon Hewitt, which examined a wealth of data about the changing retirement picture.

One of the particularly influential pieces of data that Aon points to is the lengthening lifespans of older Americans. Today, a 65-year-old man can expect to live another 22 years to age 87 and a woman can expect to be around another 24 years to age 89. That’s a long time to live in retirement. Better have a plan — not just to pay for it, but also to use the time meaningfully.

Staying on the job

Increasing numbers of people are responding to increased longevity by working longer. Since 2005, the average age at which people retire has increased by about 1.4 years — from 64 in 2005 to 65.4 in 2013, according to Aon’s data.

Industries with a disproportionate share of older workers are having the hardest time replacing people when they retire, Jones says, include manufacturing, insurance, utilities and energy.

The other big factor keeping workers on the job is their need for a steady paycheck. Jones points out that in 2000, 58% could claim an old-fashioned defined benefit pension when they retired. In 2015, that percentage has dropped precipitously to 9%. “People who have defined contribution plans (such as 401(k) plans) have to work harder,” he says.

Because of today’s low interest rates, it is harder and harder to accumulate enough savings to live off the investments and interest income, says Alan Parikh, associate partner at Aon Hewitt, pointing to the declining value of income that can be derived from $1 million in savings. (See accompanying chart.) “A lot of people are just waiting it out — waiting for the market to put them in a better position before they retire,” says Parikh.

If you are 50 or so, with a few years to go before retirement, here are some things that Parikh says you should consider:

Expect to work even longer. “We expect the average retirement age to increase another 1 to 2 years by 2030 as multiple forces continue to encourage later retirements,” says Parikh.

Planning is key. “People need to accumulate more savings and then figure out how to make their money last even longer,” he adds.

Consider a workplace strategy. Look for things you can do to enable a more gradual move toward retirement. Talk to your current employer to see what the company will do to keep you. If you don’t like what you hear, “Consider whether it makes sense to take your skills to a competitor,” Parikh says.

Who says retiring early is glamorous?