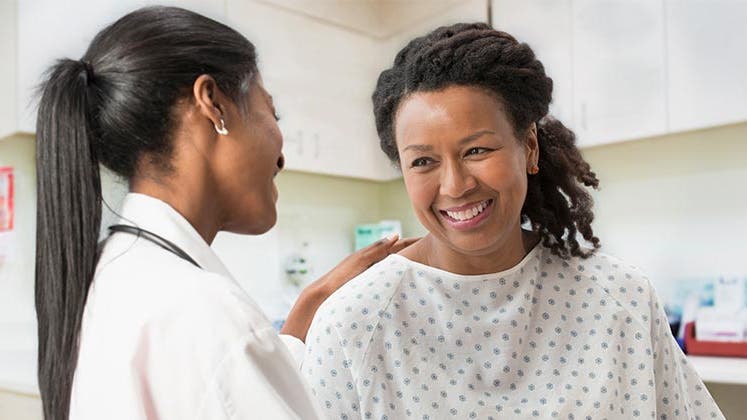 After years of hating on the Affordable Care Act and vowing to repeal it, the Republicans are finally getting their wish. House Republicans released long-awaited legislation to replace it on Monday, and now the bills head to committees so they can have a field day marking them up.

Keep in mind, this is all still in the early stages. Nothing’s final.

No matter what your situation, though, the financial advice is the same for everyone: If you can afford it, keep your existing health coverage. Ditching it right now isn’t wise amid the changes that may happen.

And don’t worry, we’ll guide you through those changes.

Here’s how health care reform might affect you if …

… you have insurance through your job

Remember the talk about taxing health care benefits that you get through your job? You can relax. That’s off the table.

Depending on the size of your company, though, you may not be able to keep that insurance. The ACA mandated that employers with more than 50 full-time workers offer health insurance to their workforce. Those mandates are gone in the proposal. Smaller employers may be relieved to have this off their backs, but people who work for them may have to find their own health care coverage.

To note: Some things that were paid for, such as birth control or certain co-pays, might not be covered if the law changes.

You’ll most likely be able to stay on your parents’ health insurance until you’re 26. That was a favorite aspect of the ACA, and the GOP proposal preserves it.

But older than, say, 55. In other words, you’re starting to get to the point where things sometimes go wrong, but you’re not yet eligible for Medicare.
You will probably have to pay higher insurance premiums. Insurers will be allowed to charge older people five times as much as younger people under this proposal.

But as you’re nearing retirement age, some potential good news in the proposal: You’ll be able to save nearly twice as much in your HSAs as you can now, if the Republicans have their way. They want to lift the contribution limits for those tax-free savings.

… you have a pre-existing condition

The Republican proposal declares that those with pre-existing conditions will still be offered medical insurance. Health care companies will not be able to refuse you coverage on that basis, as long as you show you have had continuous coverage.

If you let your health insurance lapse for 63 days or more, though, an insurer will be allowed to smack you with a substantial fee — a premium that’s about 30 percent higher.

Don’t have health insurance right now? The best advice we can give you is to try to get on a plan ASAP. The proposal makes it clear that a gap in coverage will result in a higher premium price when the law changes.

… you currently get your health insurance through the exchange

You don’t have to fear that coverage for certain procedures, say, mammograms or colonoscopies, will disappear. The Republican proposal for health care reform is going to keep the ACA requirement that insurers offer 10 essential health benefits. Maternity care and preventive services will most likely be offered under the law.

Stash some money in a savings account now to keep against future health care expenses. Use an account with a favorable rate.

… and you pay your own insurance premiums

Under the Affordable Care Act, you get a subsidy that is tied to your income to pay for premiums. The repeal-and-replace proposal uses tax credits as an incentive to buy insurance. These credits are based on your age, and the current thinking is that some people will pay more. There is no relationship between the amount of your current subsidy and the tax credit you will get.

With the new proposal, tax credits to buy insurance would range from $2,000 for someone under age 30 to $4,000 for those over 60. These credits would phase out as your income rises. The top limits to earn the entire tax credit are $75,000 for an individual, $150,000 for married couples filing jointly.

… you have a chronic illness

There’s talk of bringing these pools back. One thing they’d do is let health insurers use them to offer coverage to people instead of barring them outright. It’s the GOP’s way of acknowledging that some people with serious medical needs will be difficult and expensive to cover.

If that describes you, make sure to maintain your insurance. You may be charged more based on your pre-existing condition — though you will not be barred from coverage — and any gap could mean a higher premium.

No matter which group you’re in, consider saving for future premiums or medical expenses using a high-rate CD account.

We’ll be following the proposal through Congress and will be keeping an eye on how it will affect you. Follow me on Twitter @jill_cornfield to get the latest on health care reform.