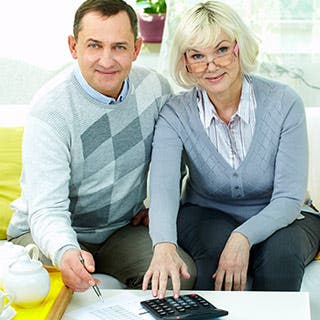 Next year, as the 2016 U.S. presidential campaign ramps up, you can expect to hear a lot more about Social Security. A growing populist movement will call for benefit bumps, while conservatives will seek modifications that would likely result in some people getting less.

Before you commit to a point of view, consider these results from this recent Wells Fargo/Gallup Investor and Retirement Optimism Index — a survey of people with at least $10,000 in savings. And think about what you might do to insulate yourself from the risk that the rules will change.

The survey asked: If you were convinced you wouldn’t receive any Social Security, how much more money would you save for retirement?

Gallup also asked this group of people if they could afford to save more for retirement. About 25 percent said they were maxed out and couldn’t possibly save anymore. But some 69 percent said they could potentially put a little more in the piggy bank — with the median additional estimated savings about $250 more each month. That’s $3,000 more a year.

Ramp up your savings

Using Bankrate’s savings calculator, if you saved $250 a month for 20 years and earned a modest 5 percent annually on your investment, you’d sock away $102,114. If you turned that into an immediate annuity at age 65, it would be worth about $565 a month for a single male, according to ImmediateAnnuities.com. For a woman of the same age, it would be worth less — $534 — because her odds of living longer are greater. In either case, it’s not a fortune, but it’s enough money to make life in retirement more secure and more comfortable.

As we slide into a new year with increasing uncertainties, it’s a simple financial move worth considering.