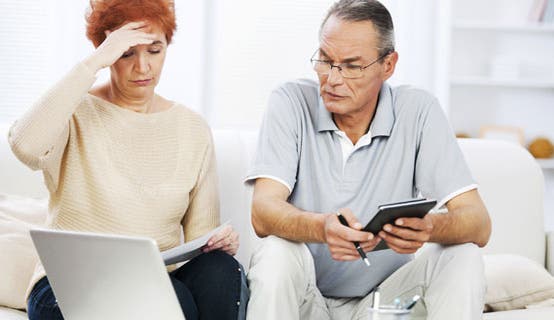 The federal budget deal that President Obama signed Monday eliminated 2 strategies that allowed married couples to share Social Security benefits in ways that could potentially increase their net income by more than $50,000 over their lifetimes.

These strategies, known as “file-and-suspend” and “filing a restricted application for spousal benefits,” have allowed both halves of a couple to delay claiming benefits based on their own earnings records. That gives both an opportunity to maximize their workers’ benefits, which can grow 32% by the time each spouse reaches age 70. Meanwhile, 1 spouse could claim a spousal benefit only, giving the couple a little cash flow while their workers’ benefits grow.

These strategies have mostly been eliminated for people younger than 62, and will save about 0.02% of the taxable wages and self-employment income subject to Social Security taxes over the next 75 years, according to the Social Security Administration’s estimates, as reported in The New York Times. This is a fairly insignificant percentage of Social Security’s long-term deficit of 2.65% of taxable payroll.

Laurence Kotlikoff, professor of economics at Boston University and author of “Get What’s Yours: The Secrets to Maxing Out Your Social Security,” thinks the change is unfortunate and counterproductive. “A lot of people are going to be hurt by this. It’s very nasty stuff. I don’t think that members of Congress had any idea what they were voting for. It was pushed through by people who think that they know everything and can play God. The victims are people who are counting on this money. It could be $50,000 for a lot of people. That is an average wage for 1 year in this country. We’re talking about a lot of money for middle-class people.”

The new rules are still in flux. Jamie Hopkins, retirement income program associate director at The American College, says that he expects Social Security to provide instruction on the way the new rules will be interpreted by the end of the year. And he also thinks that Congress will pass some tweaks to eliminate “unintended consequences.” Meanwhile, some people have a 6-month window of opportunity to take action before the new rules kick in.

If you’re currently using these strategies. You are probably grandfathered. Just keep doing what you are doing. If you are 66 or older and you think you might want to suspend your benefits in the next 4 years, now’s the time to do it, Hopkins says. “Some people have read this bill to mean Social Security is going to remove some workers on suspension and put them back on worker (benefits) only. It isn’t 100% clear what the intent was, but in the past, we haven’t seen Social Security take away benefits that people are already receiving and I don’t think they’ll do it this time.”

If either you or your spouse are turning 66 in the next 6 months. You can apparently still use both of these strategies as long as you and your spouse reach full retirement age in the 6-month grace period, which started Nov. 2. File and suspend sooner rather than later, Hopkins says. “If you are 66 or older or you turn 66 within the next 6 months, there might be an advantage to filing and suspending your benefits if that was your strategy.” If the changes are retroactive, your filing may be disallowed. “The worst case is that if you file and suspend now and the rules are applied retroactively, you aren’t going to cost yourself anything. If they aren’t applied retroactively, then you have lost the opportunity,” Hopkins says.

Younger than 62 on Jan. 1, 2016. Anyone who doesn’t turn 62 by the end of this year will lose the right to claim spousal benefits only. If you are entitled to both spousal and worker benefits, you’ll be deemed to be filing for the largest benefit possible — your own or your spousal with no better option. Hopkins points out 1 small Social Security quirk: “Those who turn 62 on Jan. 1 are deemed to have turned 62 in 2015. If you are a Jan. 1 baby, this strategy is still available to you. The people born on the 2nd don’t get it,” he says.

Claiming spousal benefits as a divorced spouse. Under the old rules, you could claim a spousal benefit only at 66  as long as your divorced spouse was 62, and delay claiming your worker’s benefit until it reached its maximum value at age 70. That option has been eliminated. When you file, you’ll be deemed to be filing for the largest benefit possible. Also, the new rules seem to require that the spouse of a divorced person filing for benefits also must have filed for his or her own benefits. Since this could allow 1 ex-spouse to hold the other ex-spouse’s benefits hostage, both Kotlikoff and Hopkins believe this aspect of the new regulations will be corrected.

One thing this law didn’t change, especially for people under 62, is the need to understand your options and make a plan. If you are confused about how these changes affect you, get help during the next 6 months while you may still have a chance to choose a strategy that will soon disappear.

Here’s more about recent changes to Social Security and Medicare.