The House votes to take apart Obamacare. What does that mean for early retirees? 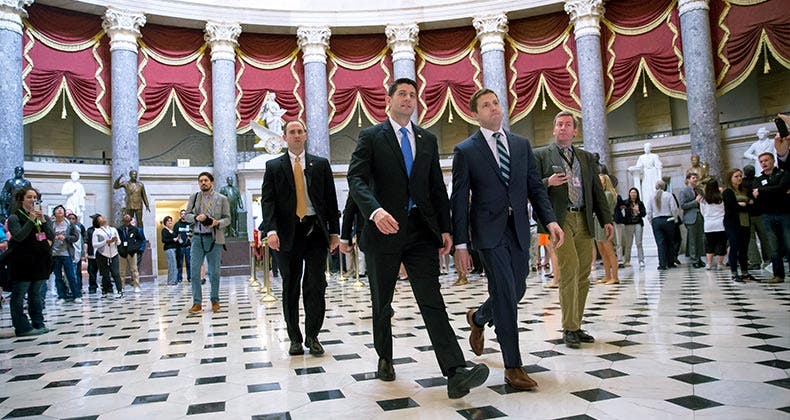 The effort to dismantle Obamacare is moving forward, with the passage of a repeal-and-replace bill in the U.S. House. If you were making early retirement plans because you thought you could rely on coverage from the Affordable Care Act, should you worry?

The stakes are high for early retirees. For now, the health care law’s subsidies are still there to help you pay for health insurance until you reach Medicare age at 65, though you’ll face higher costs than you would under an employer-sponsored health care plan.

The House health care overhaul faces an uncertain future in the Senate, but President Donald Trump has predicted that Obamacare “will explode,” even absent action by Congress.

ObamaCare will explode and we will all get together and piece together a great healthcare plan for THE PEOPLE. Do not worry!

Here are five things you can do to try to minimize health care costs in early retirement if the ACA’s protections start to fade.

1. Save up for medical expenses

Sock away as much cash as possible in a tax-advantaged health savings account, or HSA. You’ll want to save up as much as possible for costs later on. Even when you’re eligible for Medicare, you still have to meet some expenses in retirement. A health care credit card might help, too, by offering special financing for medical costs.

If you’ve been putting off getting a hip replacement or some other procedure, do it while you still have health insurance through an employer. Your out-of-pocket costs will likely be lower than they would be on the individual health care market, even with Obamacare subsidies.

3. Get yourself a primary care doc

Make sure you have a primary care physician, someone who knows you and knows everything about your medical needs. “It’s surprising how many people don’t have one,” says John Rother, president and CEO of the National Coalition on Health Care in Washington, D.C.

This provider is critical, especially as you get older.

Ill health and expensive medical bills are two scary things to think about if you retire early, and one way to ramp down the fear is to take control.

For example, getting in the habit of walking a few blocks every day has a major, positive impact on your health. You don’t have to go to the gym and work out hours each day. “Small changes can be quite effective,” Rother says.

It’s similar to the way developing good savings habits can make a big difference on your finances.

You may just want to put early retirement on hold at least a few months to see how things shake out. Even if the repeal campaign ultimately fails, “this administration can do a lot to make these markets more or less stable,” says Sabrina Corlette, research professor at the Center on Health Insurance Reform at Georgetown University in Washington, D.C.

Right now, your biggest risk if you retire early is that if you don’t qualify for subsidies under Obamacare, you could be looking at fairly high health insurance premiums in the individual market.

The usual advice around retirement — that you meet with a financial adviser and make sure your finances are in order — can easily apply to your health, Rother says. “Make sure you take care of everything (medical) before you retire.”